Routes through the Montgó from Dénia: itineraries for all levels and what to see in each one

The environment of It montgó It is very interesting for hiking and for various routes. In the following article, we have ordered the itineraries from least to greatest difficulty, so that you can select which one you want to follow, with a short description and its duration.

General map of all routes

Here all the itineraries in the Montgó massif are reflected and numbered. Click to enlarge the image.

Map of the routes through the Montgó from Dénia and from Jávea, marked with numbers

These are the main itineraries on the Montgó that are made from Dénia, ordered by difficulties.

Marked on the map with the number 4. This route is very similar to the one that goes to Cova de l'Aigua (route 3): leaves from the same point, Ermita del Pare Pere, and runs along the Camí de la Colònia. When we reach a fork, we take the path to the left and follow the signs for Cova del Gamell. If you want to have more details, visit the in-depth article on the Camí de la Colònia-Cova del Gamell route.

Marked on the map with the number 7. This route begins in Dénia and ends in Xàbia. The route starts at Torre del Gerro, and to get there you have to park at the end of Les Rotes and go up Vía Láctea street, which is quite steep. Once in the tower, follow the signs that indicate the direction to the mills. More information in this link. 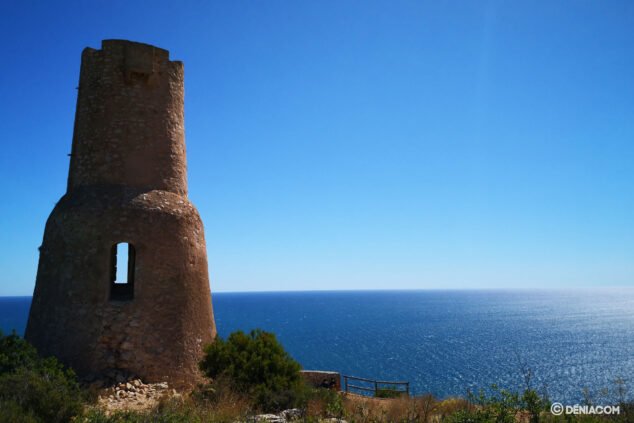 The Torre del Gerro with the sea in the background

Marked on the map with the number 3. We start the path next to the Caseta del Pare Pere (as in Route 4, the one that goes to the Cova del Gamell), where the Camí de la Colònia begins, which crosses the abandoned Colonia Agrícola del Montgó. Upon reaching a fork, we take the path to the left. After about 200 meters, a fairly narrow path begins to the right that goes uphill. Once we reach the base of the wall, we take the fork in the path that goes to the east, and we find some stairs that lead to the cave. For the return, we retrace our steps and follow the forks in the path always to the west. Little by little we will go down to the Racó del Bou, which leads back to the Camí de la Colònia and the Pare Pere hermitage. He Feature article on this route gives you more information.

Marked on the map with the number 1. This route begins on a path next to the Dénia-Xàbia highway (CV-735): the beginning is quite steep, until it reaches Alto de Benimaquia, where an Iberian town settled in the XNUMXth century BC. About two kilometers from starting the march, we find "La casa del guarda": at this point you have to take the path that is on the left. Although we find various crossroads, we must not lose the main path to Coll de Pous, where the route ends. Here you have one more in-depth description of this itinerary. 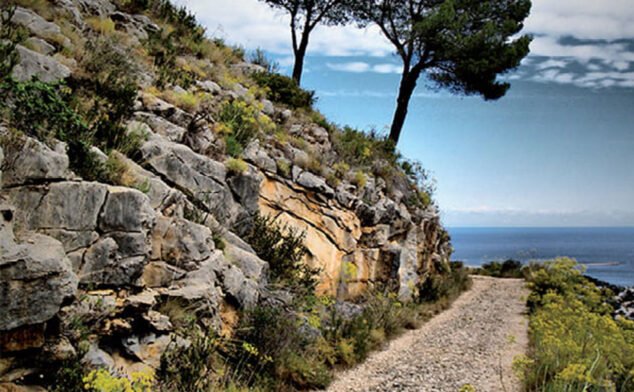 Marked on the map with the number 6. This route begins at the Dénia firing range, next to the CV-736 road (the Les Planes road). The beginning is signposted next to the car parks. We continue along the path, we come to a wide track and shortly afterwards the zigzag ascent begins. In the last kilometer to the top we will cross a rocky ridge, so the difficulty is considerable. If you are interested in doing this itinerary, it will suit you Link.

Marked on the map with the number 2. This route begins on the road to Mitjans, in Jesús Pobre, a town located within the municipality of Dénia, but established as a Minor Local Entity since 1999. We take a paved road that passes next to a fire-fighting water tank, which in 500 meters it becomes a path. Following this path, we find the remains of the Iberian wall of the town of La Penya de l'Àguila, 5nd century BC. Along this itinerary, we are going through the entire Montgó hill, and we are going to cross Route 753 (the other route that goes to the top, from Camí de la Colònia) and with the detour that goes up to Creueta. But always following the main path we will reach the top of Montgó, the point that rises XNUMX meters above sea level. Delve into this itinerary in your specific item.

Marked on the map with the number 5. Again, this route begins at a common point for the beginning of these routes: the Pare Pere hermitage, where the Camí de la Colònia track begins. When we reach the fork, we take the path to the right towards Racó del Bou. The path increases steeply, and when we reach the "Cima" sign, this ascent becomes more acute. You have to be cautious on the ascent. Meet here all about this itinerary. 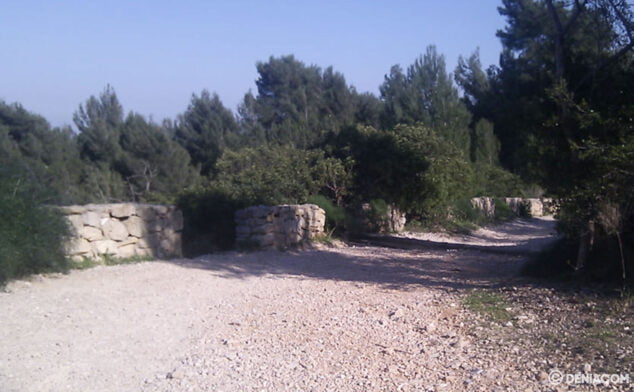 Before you get going

When starting an itinerary, you should heed these recommendations: