When the sea said enough: a year of Glory

On January 20, 2020 Dénia woke up by the hair, because since the afternoon of the previous day the sun decided to hide so as not to appear until a few days later. The aforementioned day, a Monday, dawned, to say the least, especially dark, and many points of Dénia would arrive at night with a different image forever. 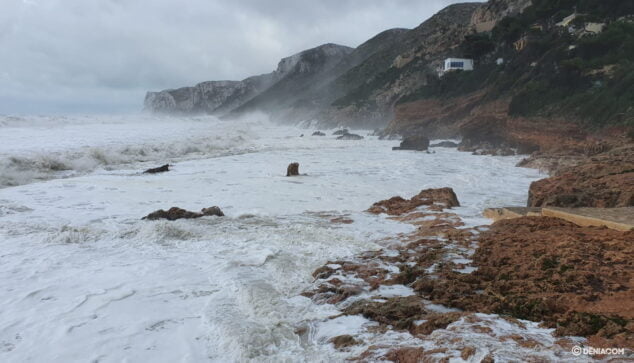 Les Rotes during the day of the storm Gloria

The meteorological agencies warned it the days before, we could be before a historical storm. Schools and many public venues announced on Sunday that they would remain closed during that January 20, since the risk of going out to the street was already sensed that it would be high. 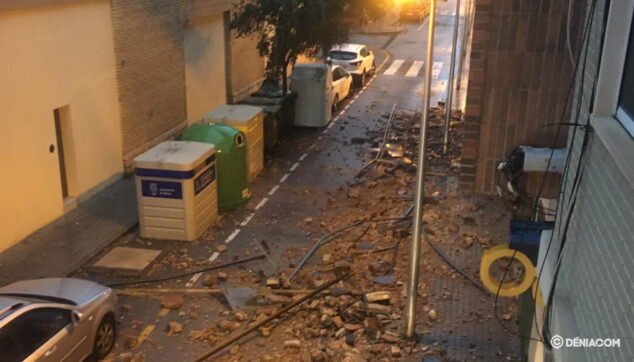 Destroyed by Gloria in Dénia

The storm was christened Gloria and forced the AEMET to activate the alarming red alert in our area to warn that we were facing the highest possible level of risk. When we wake up the first images arrived, with facades, walls, signs and lampposts scattered on the ground, destroying street furniture and parked cars. 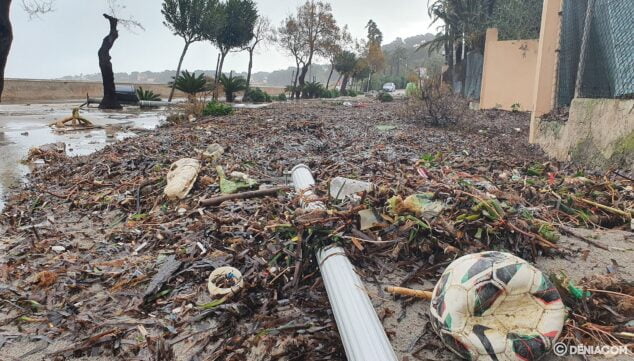 The walk of the Marineta after the passage of Gloria

The gusts of wind made it almost impossible to walk on the streets or bet on two-wheelers, and the water did not help when deciding to travel by car. But all this was nothing like what was being experienced in the sea.

The waves reached 8 meters, roaring relentlessly on the Dianense coast. There a special land versus sea battle was taking place, with a catastrophic outcome for the first. From the safety of the sand, during the previous sunny days, a great defense with posidonia walls was prepared in beaches and Marineta Cassiana. This was the first Monday to fall, and not only, as we said, its beach, but the sea storm took his walk ahead, entering houses and premises until moving its "shore" to the very road from Dénia to Xàbia. 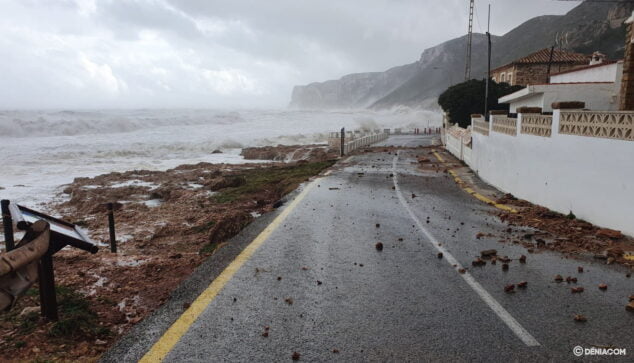 After this one too The Trampolí surrendered and practically the rest of Les Rotes in full, what not even its natural rock barrier could withstand the revenge of the water, leaving the road full of amputated stones that impeded circulation.

But if somewhere the battle was claiming victims it was undoubtedly in the north of Dénia. The suffered Deveses returned to fight and lost again. This time there was almost no resistance and the sea completely devoured the terraces of the first line of houses, some of them leaving them completely useless. Gloria redrew that coast, leaving us today some Unrecognizable Deveses still crying out for help as they await the inevitable new assault. 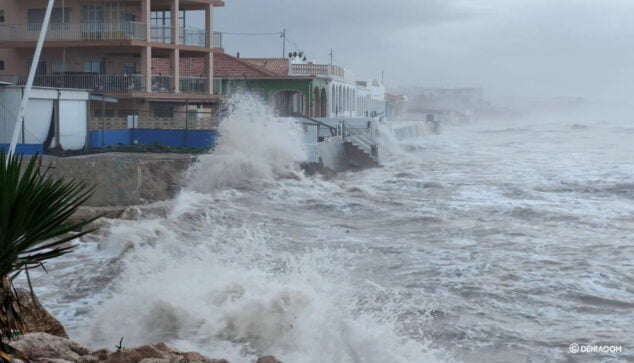 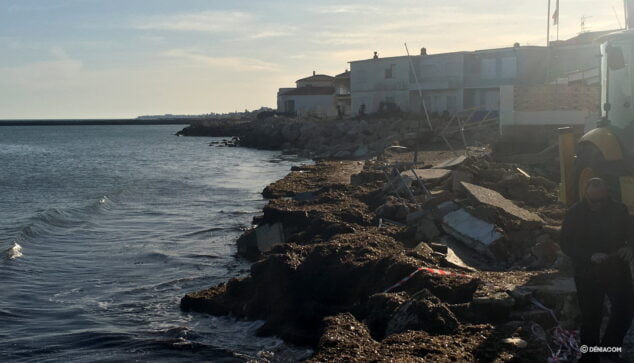