The seriousness of the meteorological phenomena that our area was going to suffer was warned, but in the end expectations are being exceeded. There have been gusts of more than 130 kilometers per hour and the waves have reached more than 8 meters on the Valencian coast, which has forced even evicting frontline developments in some municipalities. 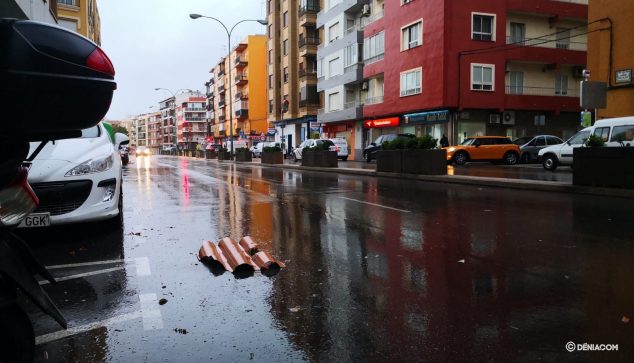 Tile on the floor of Alicante Avenue

In Dénia, the most suffered area is undoubtedly the most coastal, where traffic has been closed at multiple points, threatening the water continuously with overcoming its barriers. Not even the port, with its breakwaters, manages to withstand the storm, with the water overflowing at different points. 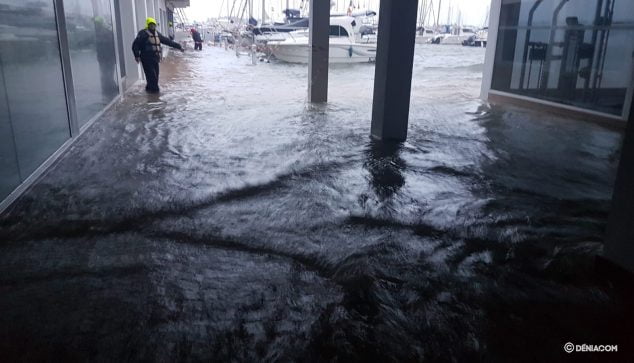 But it is not only a matter of water, the wind has also swept through various parts of the municipality, making Les Marines almost impassable. Fallen trees, containers invading the shoulder, and more destruction makes it very difficult to drive through the area. Other routes have been cut for the same reason. Alicante Avenue is currently being diverted in front of the Rodat for fear that a traffic light will fall. The sports center also suffers the effects of the wind, especially the Field Diego Mena, with fences torn off in the complex that have set off alarms. 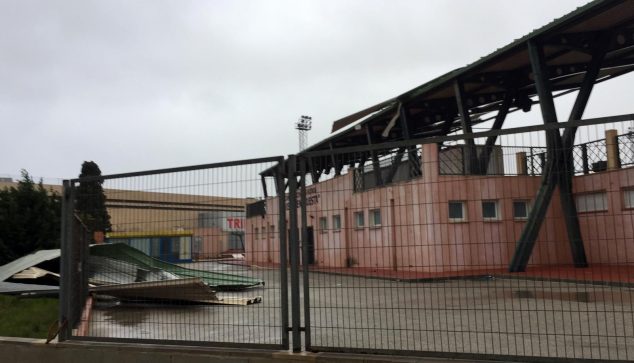 Damage in the Diego Mena field

Another great scare occurred yesterday, at 16:10, when the wind began to hit hard, when a vehicle with a trailer belonging to the works of the Dénia Castle he rushed down the slope of the same due to the strong streaks, but he did not have to regret personal damage, although many materials. 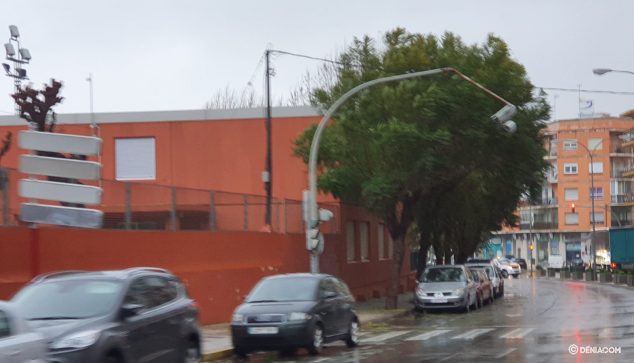 Traffic light about to fall

And this morning, around 4:00 am a wall has fallen on Avenida de Alcoy. 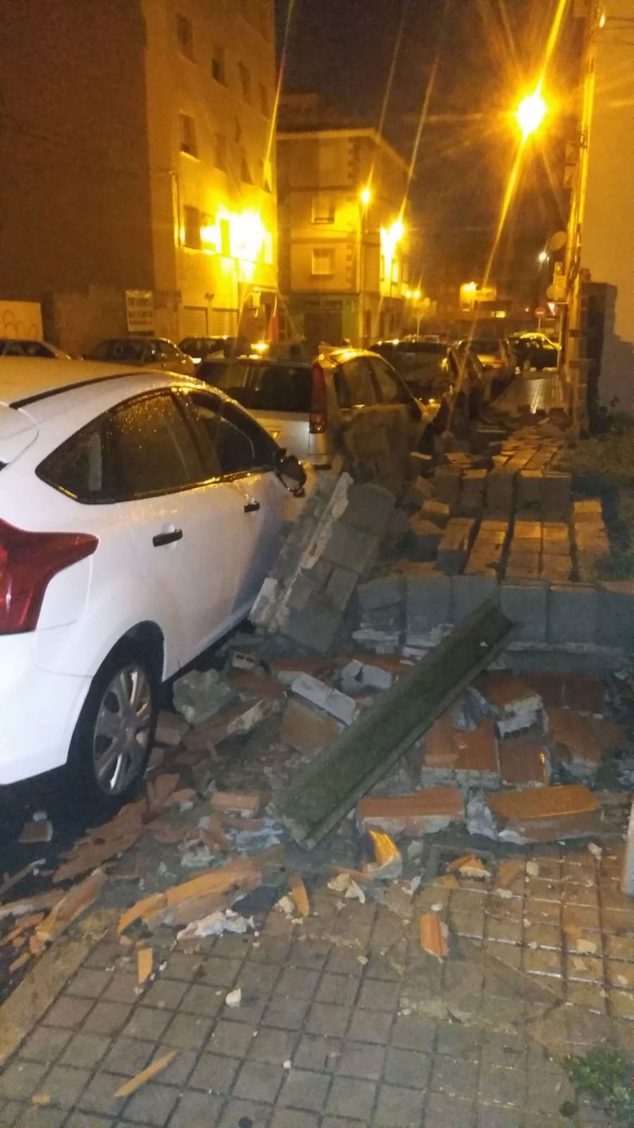 The Social Center has been enabled as a relocation point for people who have to be evacuated and care for citizens. 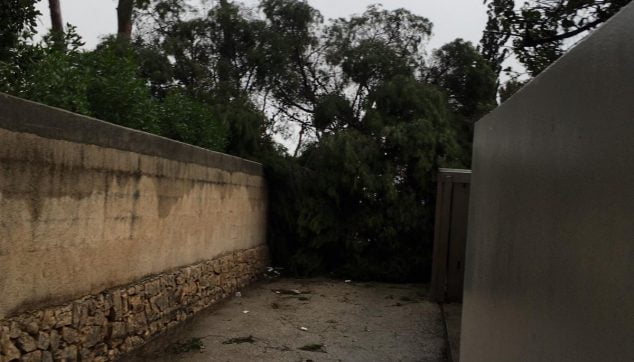 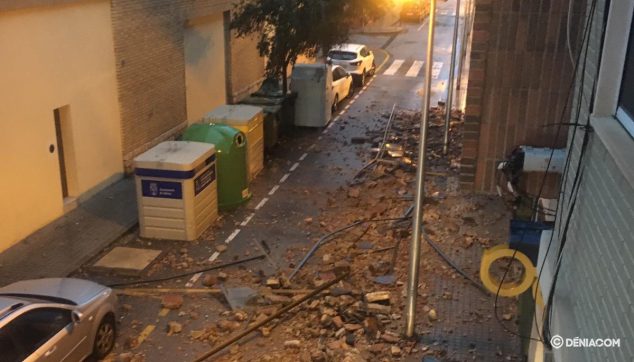 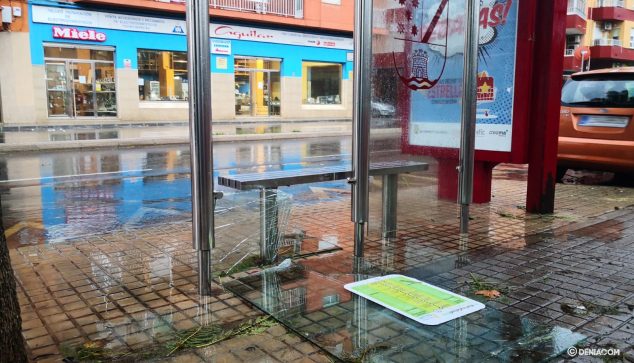 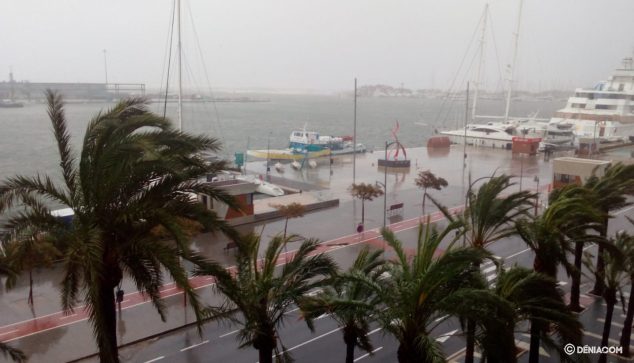 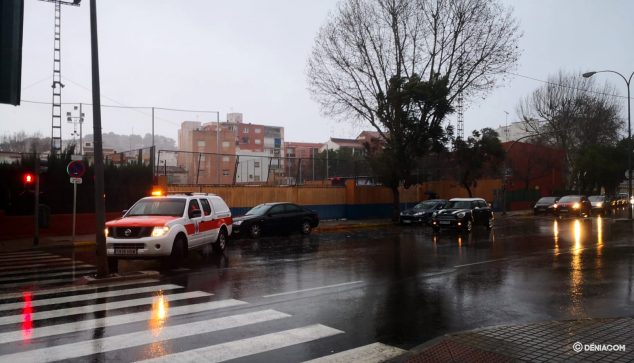 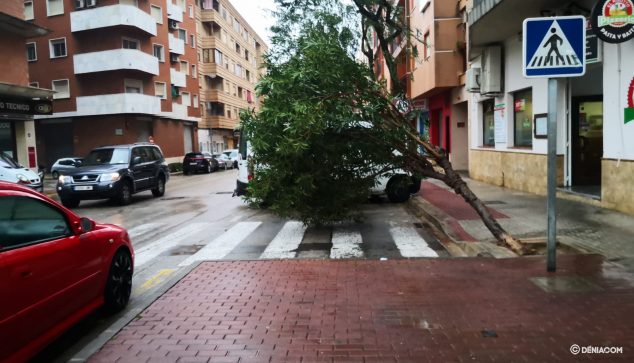 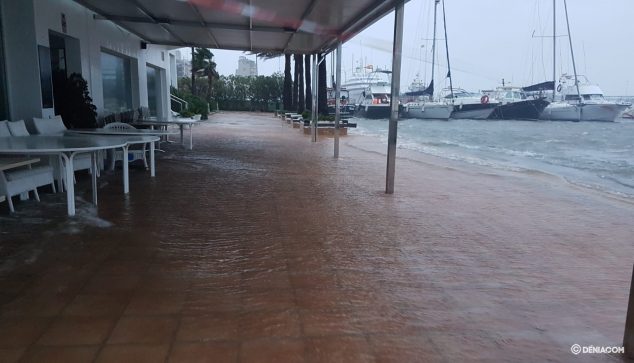 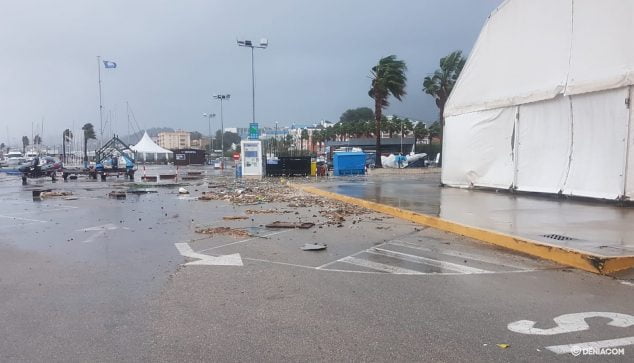 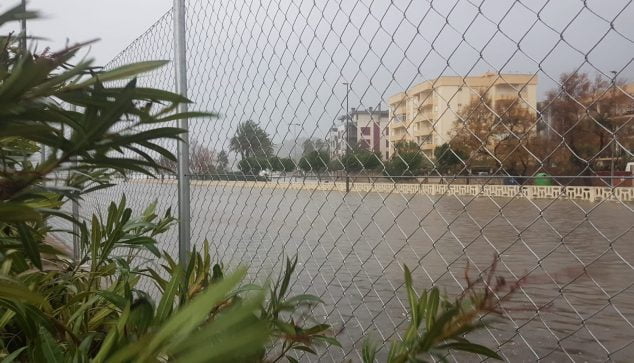 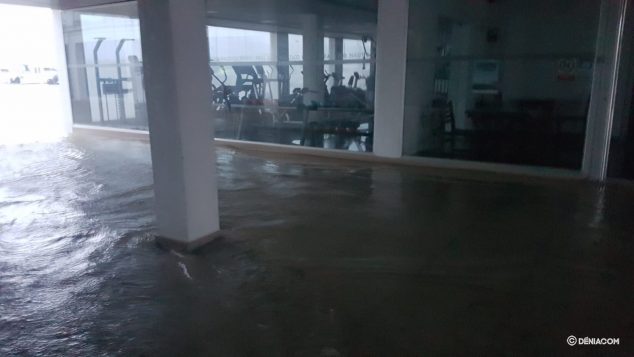 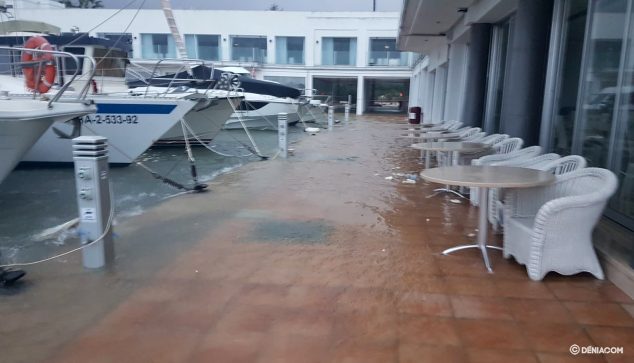 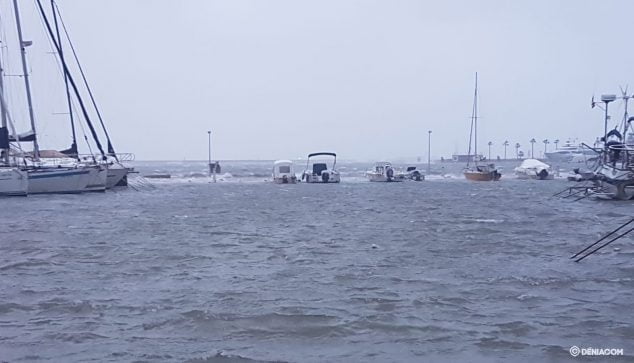 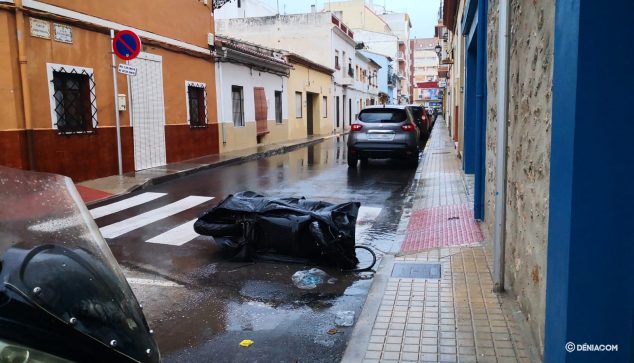 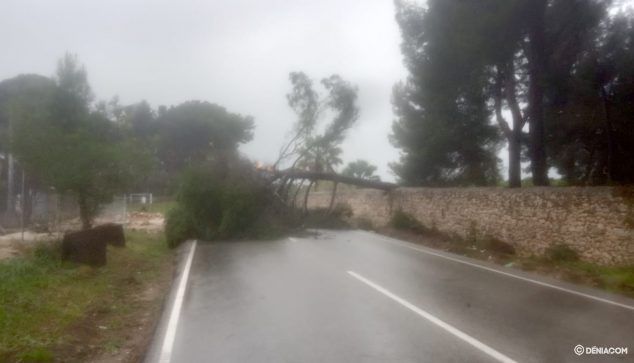 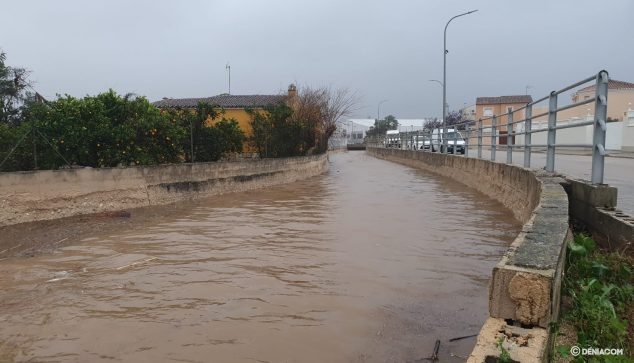 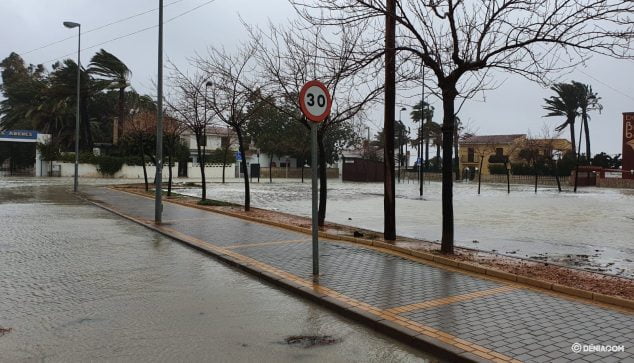 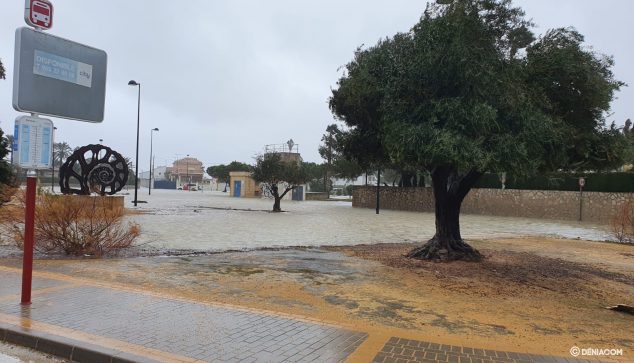 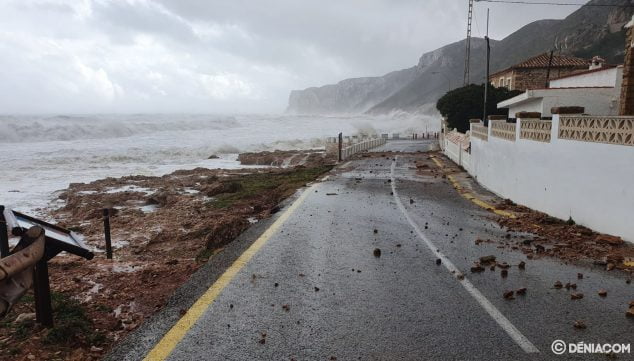 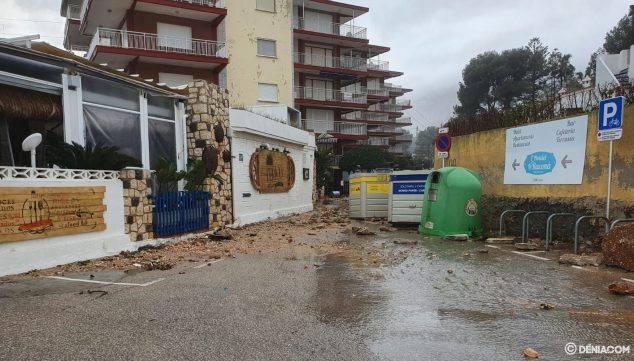 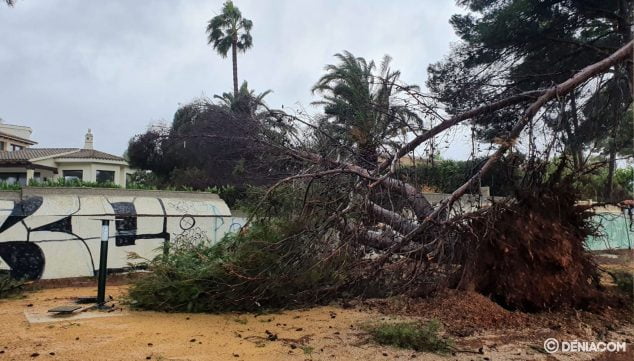 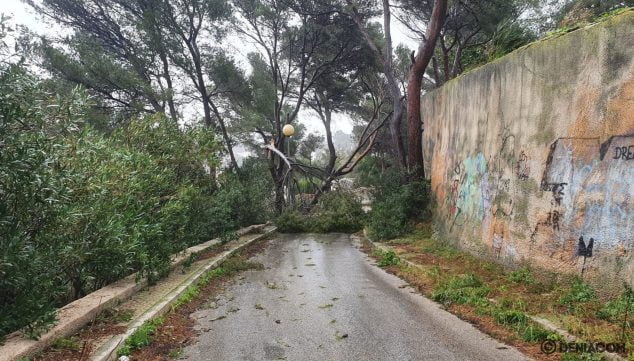