Festeros retake the street with the reception of the captaincy mora

If last Tuesday the hosts of the night were the members of the Filà Deniers, Christian captaincy 2013 on Thursday night preparers were the party of revelers Filà Abencerrages, that with its captain, Rafa Cheli, In front, they marched through the streets of Dénia from the Kabyle after sharing table and tablecloth.

Abencerrajes invited to dinner at the festeros of other filaes, among those who missed the Christian captain and his standard bearer, José Vicente Ivars and Ana Adela Pastor; Councilman parties, Paco Arnau, and the representatives of the religious part of the party, Mayoral Mayor José Crespo and the president of the Brotherhood of Sant Roc, Vicente Caravaca. The latter made delivery to the charges of the captaincy arrears a plaque of gratitude.

After the dinner, which was held in the Abencerrajes, on Calle Amparo Merle, the Moors led an entrance that ran along Avenida de Alicante, Calle Hermanos GAVILA Ferrer, Pare Pere, Glorieta until you reach the Calle Marques de CampoWhere a large audience who was dining at restaurants both applauded the arrival of troops. 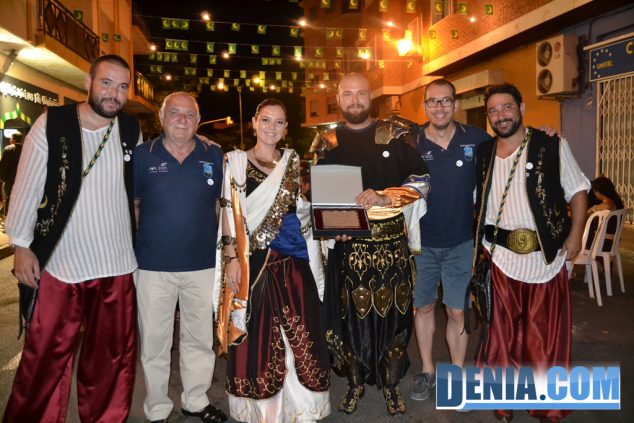 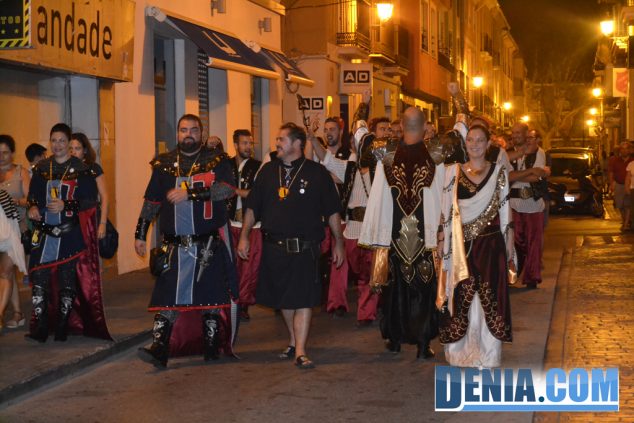