New cases of coronavirus soar in Dénia and the Marina Alta

The trend of infections is upward. It can no longer be denied. According to the data from the Ministry of Health that today has been made public and correspond to those registered during the day yesterday, these have increased to 16 new positives in the Dénia Health Department, on which the entire Marina Alta depends. 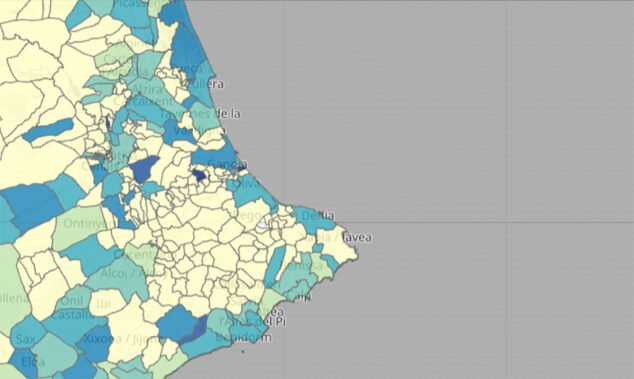 Contagions during the last 14 days by municipality

There are already 224 since the pandemic arrived, 18 more than yesterday where the majority, 8 new ones, have occurred in Dénia. In addition, Calp registers a new one, being 4 in the last 20 days, and 2 are added in Benissa, which it had not registered since before the new normal, and 1 for the first time in Xaló. The other 6 belong to Sagra, a place where no cases have been registered to date.

This number of new positives in just 24 hours is the highest in months. So much so that yesterday's new cases exceed the total registered in the last month. And if we compare with other departments that are under scrutiny, such as Gandia, the figures are even more worrying, since Dénia has already surpassed La Safor in new infections in a single day.