Quintos de Dénia: "We did not expect a cancellation of the festivities themselves, but they would be postponed to another date"

It is a black week for the festive group of the city. The latest cancellation announcements portend a historic summer in which none of the major events will take place. Included, of course, is the 2020 Fiesta Mayor. 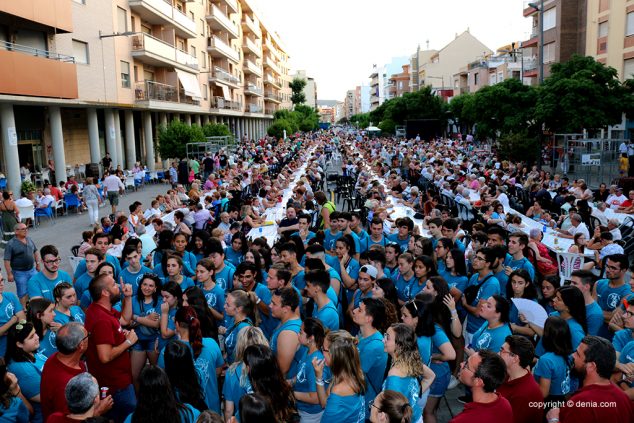 The Dianenses Festivities will not be postponed, but are directly suspended this year. We discussed this decision with one of the most affected groups, the one for which the 2020 Festivities were going to be unique and unrepeatable: the 2020 Quintos. We have contacted three of its components, Elisa Anglada Lefèvre, Valle Mut Gasquet and Ainhoa ​​Flores Guerri, so they can tell us what they think of the decision and how they see the future of their quintada.

QUESTION. How did you find out about the cancellation of the Holidays?

Elisa. Well, given the situation in which we find ourselves, it was very likely that the Dénia Festivities were canceled due to the multiple extensions of the state of alarm that have been taking place. However, we still hoped that they would take place, even if it was not on the scheduled date.

Valley. We already assumed that. It is clear that health comes before anything. We found out that they had a meeting and, shortly afterwards in the Quintos group, they told us that the Fiestas would not take place, due to the pandemic.

Ainhoa. I was smelling it, because precisely our Holidays are usually the first and when we see that in Xàbia The Bonfires of San Juan had been postponed to October and seeing the measures that the Government was taking on the agglomerations, it became more evident that it would be probable that the Fiestas would not take place. But the official statement came to us a few days ago by the Quintos group in which we were informed of the cancellation of the patron saint festivities. 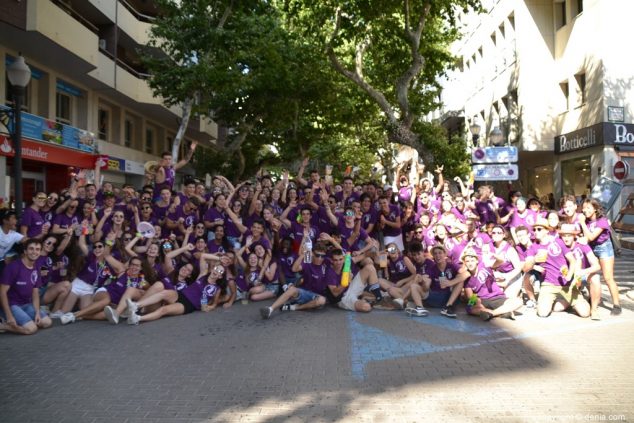 Q. What was your reaction upon hearing the news?

E. There are people who took it very badly and others better. Obviously, it's a bummer as this is something our generation was looking forward to with great enthusiasm. However, there are times that we have to relativize and see beyond our own interest because there are people who are really having a hard time with this situation and this is a small thing to the side.

In my case, it has really bothered me, being honest. Because I expected it from the fifth of the 99's. However, I am aware of the situation and I can simply say that you have to adapt to the circumstances.

V. We wait for the moment to be Fifth for a long time. It is an illusion that we all have. It wasn't nice, but it's understandable. We started giving options to see if we could continue having our year of Quintos, in another way or next year.

My group of friends and I were quite sad, as we looked forward to this year. I guess all of my year are sad about all this.

A. Well, there was a little bit of everything. It was something that we generally expected, but we did not expect a cancellation of the Holidays themselves, but would be postponed to another date.

Above all, we know that the right thing has been done, we must take the necessary measures to avoid repeating a similar situation, but we would like to enjoy as Quintos at another time.

Q. Have any possible options been raised to compensate for the cancellation? Any ideas on what to do with the 2020 Quintos?

E. Until now, the last thing that has been communicated to us is that they will do a kind of celebration to compensate us. Some of the fifths had proposed doing so next year and delaying the fifths at age 19, but I'm afraid this would not happen.

V. No, we were told that their meeting was only to decide whether or not to celebrate the Fiestas. Later I suppose they will have another meeting to consider proposals. We proposed some and they told us that all the options were welcome, but that it would be seen. They have not said anything about other options at the moment.

A. We have been told that there will be a party to compensate. Something is something, but some of us have proposed that from now on we could be fifth at 19, and therefore celebrate our fifth next year. This option has been taken in other towns. Here we have raised it, but I doubt that it is carried out in Dénia. 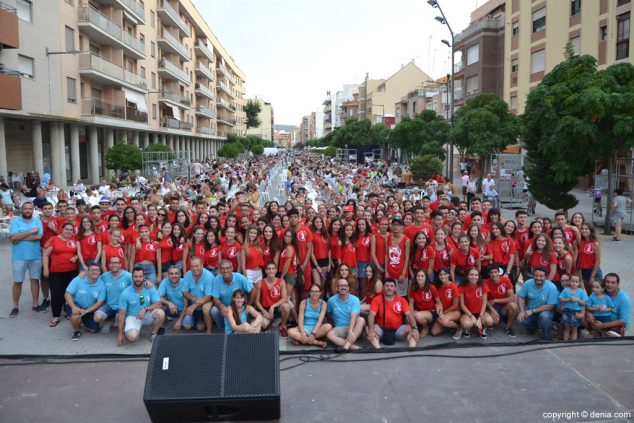 Q. Do you think that your fifth could be combined with the next in 2021?

E. Of course, I think that both I and most of the fifths 2002 want to celebrate in a big way the beginning of a new stage, and if we are faced with the possibility of doing it with those of 2003 we would accept without hesitation. However, the fact of bringing together two generations in Quito would mean a lot of money, since we are talking about 600 people approximately. Therefore, they had proposed to be Fifth from 19 and thus no one would miss his year, nor would there be excessive spending.

V. We do not want to miss being Fifth. We haven't really talked about anything yet, just said if we could do it next year. But the organization has not said anything, simply that they would consider options.

Joining with the following is an option for us. Some like it more than others, but I don't think they want to miss out on being fifth.

A. Dénia has many inhabitants and that would mean a large number of Quintos. This year we would be almost 300. If we put together two fifths it would be crazy.

Q. How far in advance did you have the preparations?

E. Nothing, in fact we had the first meal as Quintos on April 18, but due to the pandemic neither the meal nor any of the activities have taken place.

V. The truth, we had not yet started to do anything. There had been talk of making a meal this Easter, which has been canceled. And we participated in the cavalcade and Christmas things, but we had not prepared any activity, just the food.

Q. Would you like to add something that I haven't asked you?

E. No, I just hope that some agreement can be reached so as not to leave us like that of 2002.

V. Nothing else, simply that we would like to be able to live what was our turn this year.

A. I think not, just stress the possibility that from now on the Fifths will be 19 years old.

The Moors and Christians Festival is also suspended
April 22 2020