The same dynamic of each year: hiring increases but 89% are temporary

Once again, the Observatori Marina Alta publishes data on employment by analyzing the characteristics of the labor market of the Marina Alta for decision-making and strategic planning. 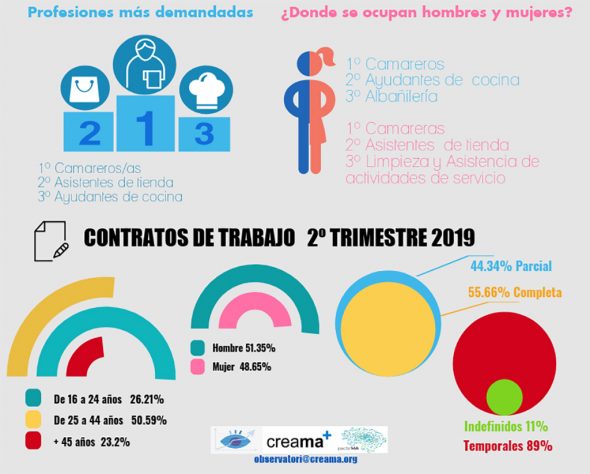 According to the Observatori, in the second quarter of 2019, following the traditional trend of the labor market, the number of contracts increases, surpassing even the plaintiffs in the services sector and in agriculture; and maintaining very similar figures between new contracts and claimants in industry and construction.

The services sector continues to be the one that generates the most employment, where new contracts double the demands for employment; 12.398 contracts against 6.832 plaintiffs. 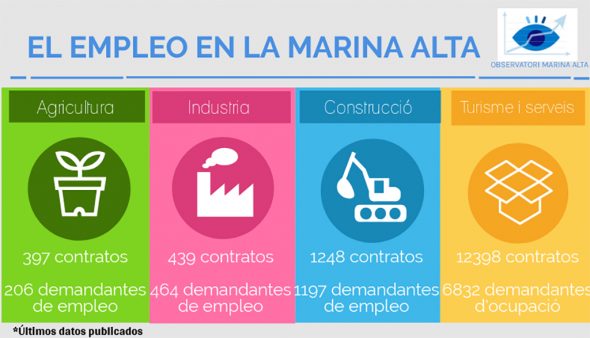 Although the increase in contracting in the sector is a very positive fact, temporality as its weak point is still present. Of the new contracts that were signed in the second quarter of 2019, 89% were temporary compared to 11% of indefinite contracts. Hence, the shape of the saw remains the characteristic pattern of employment in the region.

The ranking of the most demanded professions is headed by the hotel and catering industry as a profession where more hiring has taken place, followed by shop assistants, and thirdly, kitchen assistants. If you analyze the professions where more hiring has been carried out by sex, you are in the first position waiter for both men and women, followed by shop assistants and service activities in the case of women, and kitchen assistants and Masonry in the case of men. Based on these data, the upturn in employment in the construction sector that appears in the rankings of the most demanded professions after years of stagnation is confirmed. 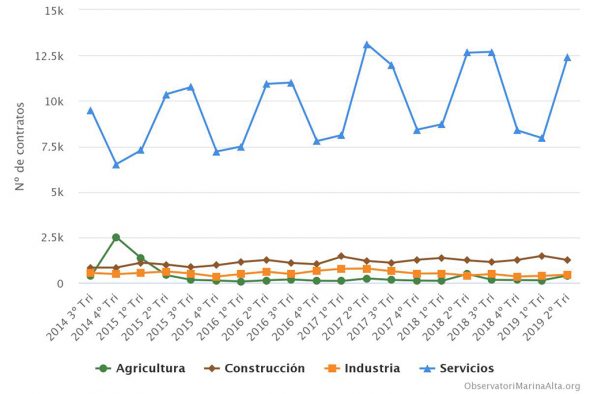 Regarding the profile of new hires, the age group from 25 to 44 years remains the group with the highest employability, concentrating more than 50% of hiring, followed by young people (26,21%) and finally people over 45 years (23,2%).

The Marina Alta Observatori was born from Creama and the Regional Agreement on Occupation and Local Development in La Marina Alta (PACTE'MA) –formed by 23 municipalities of the region and 13 entities-, and is included within the Avalem Territori program that subsidizes the Ministry of Employment and Social Security through Labora.