The Montgó caves: what are they, where are they and how to visit them

In addition to its rich landscape, flora and fauna, in the It montgó there are several cavities within the official routes marked by the Natural Park. Without a doubt, the best known and most visited is Cova Tallada, a sea cave at the foot of the cliff of Cabo de San Antonio. Next, we review the different caves that exist both in the Dénia part and in the part of Xàbia.

This is a map of the Institut Cartogràfic Valencià, in which the routes to the caves are indicated in different colors. Within the text we relate each cave with the color of its path.

The caves of Dénia

In the Montgó Natural Park that is within the term of Dénia, there are the caves of Agua, del Gamell and the unknown Cova de la Punta de Benimaquia.

La Cova de l'Aigua (in Valencian) corresponds to the yellow route on the map. You can get there on foot from the same urban area of ​​Dénia, or go up by car and park it in Ermita del Pare Pere to continue walking. At this point is where the uphill path begins, a journey of between 30 and 45 minutes that is especially worth it for the panoramic views of Dénia.

The cave is on the north face of Montgó, about 350 meters high. At the entrance there is a Roman inscription dating from 238 AD, unfortunately in quite poor condition. It has two rooms and a small pond at the bottom.

Once seen, we can return by the same path or continue the circular route along the Camí de la Colònia and the Cova del Gamell. 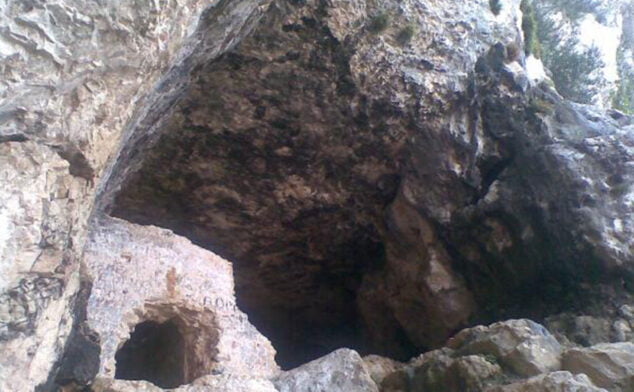 Cova de l'Aigua, on the north face of Montgó

We must not get confused and call it Cova del camell (camel in Valencian). There is some inaccuracy when naming it, but the truth is that its name is due to the gamell, object to feed goats and sheep. To get there, we have to follow the Camí de la Colònia, which is the blue route marked on the map above. The cave is at the end of this path. 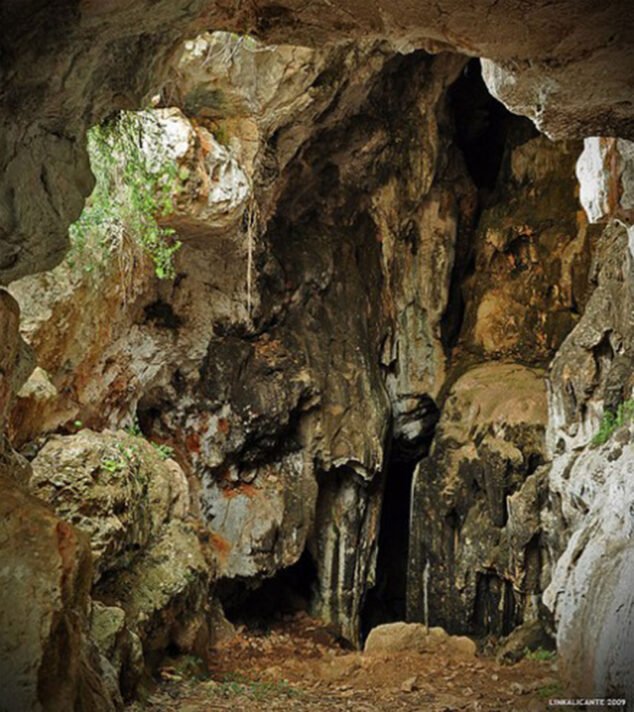 The Cova of the Punta de Benimaquia

This is the least known and most modest cavity. It is part of the light green route, the one that goes from the Media in Jesús Pobre to the top of Montgó. It is a one-meter diameter mouth, which after descending 1 meters, gives way to a circular conduit through which you reach a room about 5 meters wide by 20 meters high.

The caves of the part of Jávea

Among them, we find the famous Cova Tallada, and also the Cova del Montgó, the place where the oldest remains of settlers have been found on the Montgó.

The Cova Tallada is a different case from the other Montgó caves, in terms of natural environment, since it is a sea cave, and in terms of number of visitors, much higher. It belongs to the municipality of Xàbia, but its easiest access is through Dénia: exactly from the end of Les Rotes, Near the restaurant Mena, on Via Milky Street. 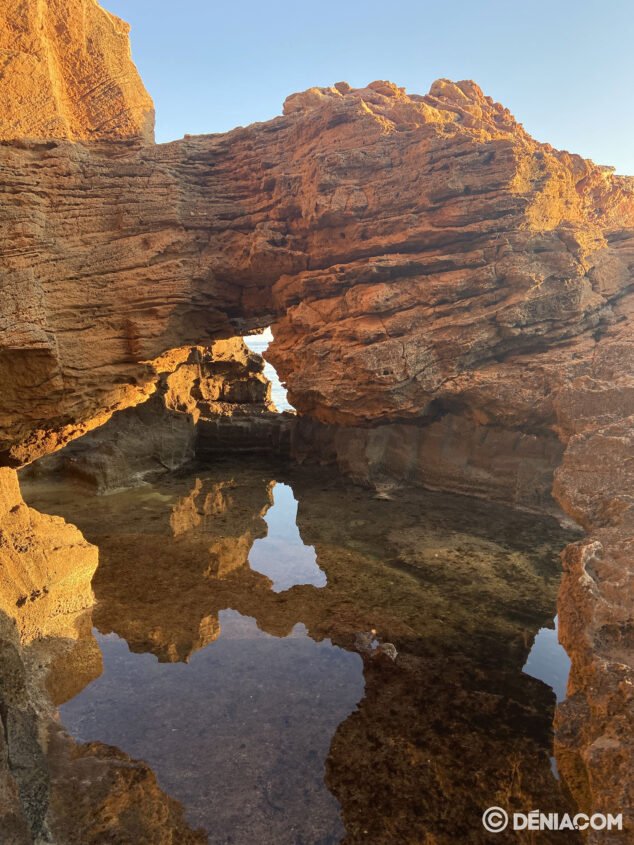 It can also be reached by sea, kayak or canoe. It is very important to note that Currently the Cova Tallada has important restrictions to visit it: between June 15 and September 30, it can only be accessed by reservation.

La Cova del Montgó, Also called Cova Ampla (broad cave, in Castilian), is located about 450 meters above sea level on the southern slope of Montgó. The first archaeological evidence of settlers on the Montgó come from it, and are from the Upper Paleolithic, that is, from about 30.000 years ago. 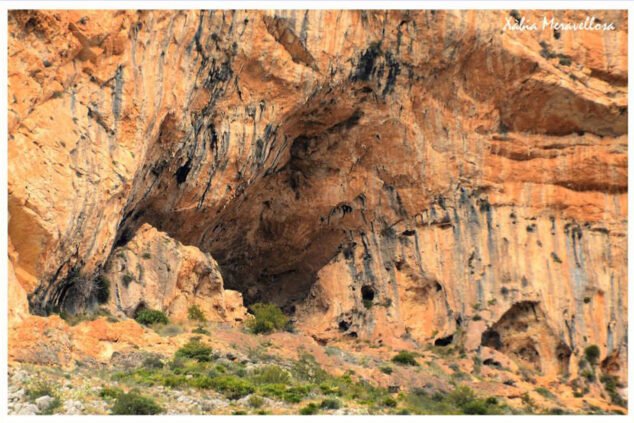 The road to Cova del Montgó is not within the routes established by the Natural Park, but there is a route that leaves very close to the official path to the top, PR 355. We explain how to navigate through it and how to find it.

Official: the hotel industry closes, business hours are reduced and the Government is asked to advance the curfew at 20:00
19 January 2021