The State Meteorological Agency has issued the warning of the important risk that the prediction of the next few days may entail, decreeing the orange alert on the entire north coast of the province of Alicante. Especially it indicates the extraordinary maritime situation that we will live on the coast of Dénia, with one of the strongest storms that we have lived in recent years. 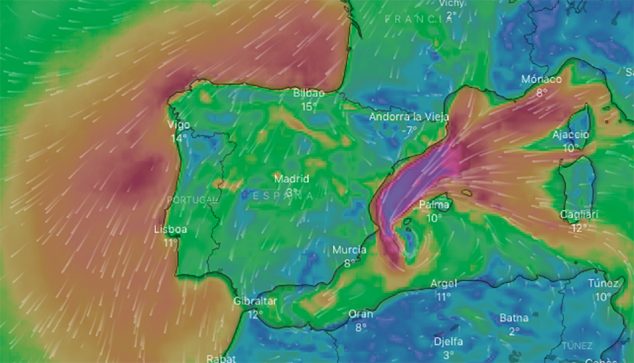 A strong storm is expected in our area

From the afternoon of Sunday, day 19, the formation of a drop to the southeast of the Peninsula will, most likely, lead to the entry of wind from the north component, accompanied by a marked decrease in temperatures on the Peninsula and the Balearic Islands and an important instability of the atmosphere in our area, with abundant rainfall in the Mediterranean area.

It will be significant the strong wind of north and east component that will affect many areas, especially the Mediterranean area, also giving rise to a maritime storm in the area. A maritime situation that from the Climatological Laboratory describes as "very upset", with waves that according to some forecasts exceed 6 meters on the Dianense coast. In addition, wind gusts could exceed 80-100 km / h. 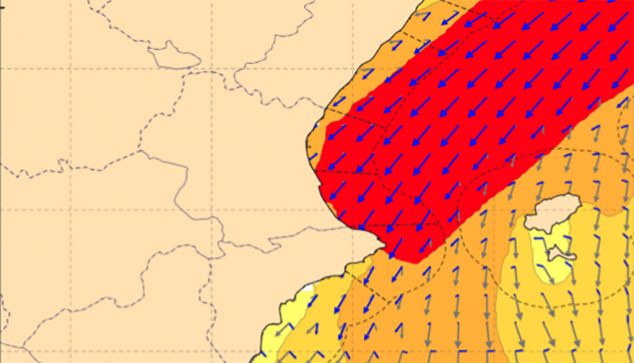 There will be gusts of up to 100 kilometers per hour

"If this scenario occurs, it would be one of the toughest maritime storms of recent years", declare from the laboratory, warning that "It is not a good time to regenerate or do works on the east-facing beaches, as several will likely be damaged". 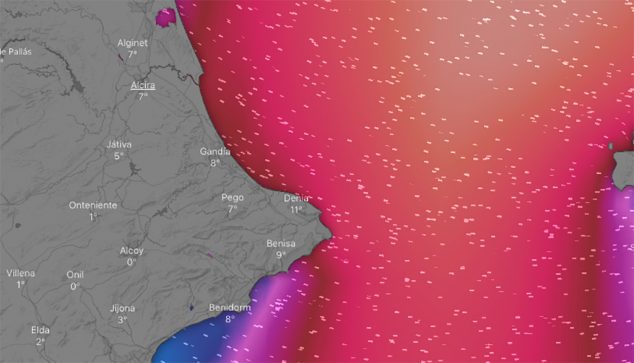 To this has been added an orange alert for the risk of snowfall very close to the coast. With the decrease in temperatures the snow level will descend to quite low areas, being able to reach 300-600 meters in eastern and northern peninsular areas, so it would not be strange to see snow in the Marina Alta and even in the vicinity of Dénia.

This situation will continue in the first half of next week, with a tendency to improve from Wednesday 22, although the uncertainty increases considerably as we move away in time.

Remove hair with laser from the first session in Victoria, aesthetics and wellness
more promotions Browse Contests
The weather in Dénia
Dénia
24 February, 2020