"Wintersun", the web series of the Marina Alta, has won its second prize this weekend after being chosen as the best series for internet in the Prado Real Web Fest from Soto del Real (Madrid). Besides of Gold Retrotele, which was delivered by the president of the jury, Cipriano Torres, the protagonist of the series, Laura Martí, won the award for best actress for her role as Jane. He received the Josep Vicent Miralles award representing the Winter Sun Productions. 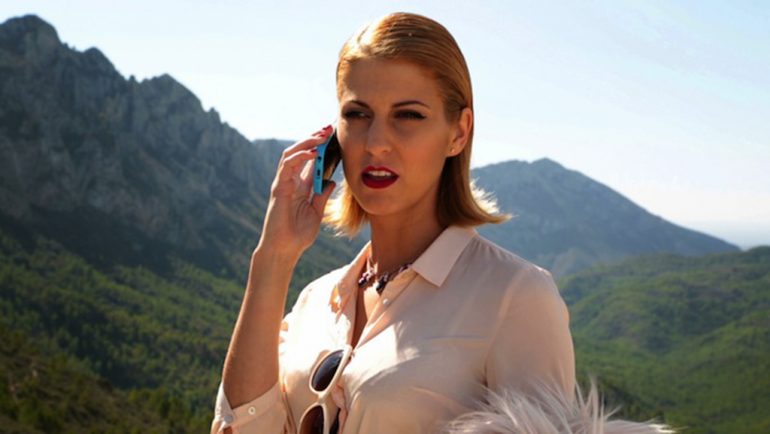 Along with Wintersun, some of the best web series on the national scene were nominated as “Entertainment","Cabanayal Z","Numbers","Click"Or"The Swedish Method" It is the second prize that Wintersun gets after winning that of the public for the best web series at the Fidewà de L'Alfàs del Pi.

The web series directed by Luis E. Pérez is a series of five episodes recorded entirely in the Marina Alta region and proposed as a strategic branding of tourism promotion throughout the Costa Blanca.

The Town Halls of Xàbia, Dénia, Calp, Benissa, Ondara and Parcent, as well as the Cultural Association of the Marina Alta and the Mancomunitat de la Vall de Pop. Shooting has been done outdoors in an 85% to show the full potential of some of the most important tourist enclaves of the peninsular Mediterranean.

In its first season, it has managed to gather more than 25.000 spectators and has already established itself as a reference in terms of tourist content in the province of Alicante.

Also the impact on social networks and media has been very high. For its part, the promotion work of the Marina Alta has continued with other audiovisual works such as documentaries from the Marine Reserve of Cap de Sant Antoni or L'escaldà de la Pansa de Jesús Pobre.

At this time, Sol de Invierno Producciones is already preparing the second season of this successful tourism promotion web series with the intention of extending its range to the rest of the Costa Blanca regions.