At 15:26 pm on Saturday and after three weeks since the State of Alarm was decreed, the Prime Minister, Pedro Sánchez, has appeared to give new measures on the situation of the coronavirus. Sánchez has indicated that, for the moment, the State of Alarm will be extended for two more weeks, until April XNUMX, although this decision is pending a vote by Parliament. 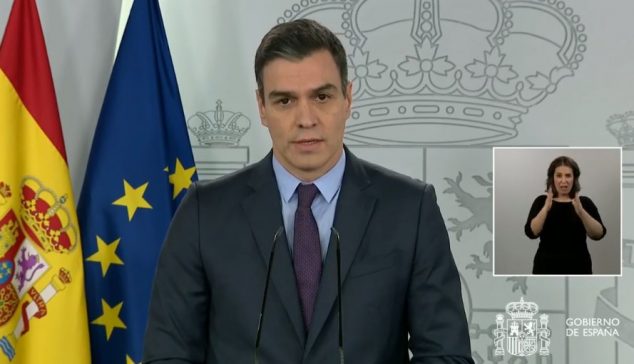 The Prime Minister has not ruled out that it is the definitive extension, but, rather, has hinted that there will be new extensions of confinements later. This decision has been made after consulting the experts, the evolution of the pandemic, "in the next few days the curve will bend and the peak will be left behind", Sánchez has indicated.

Also, the new extension does not affect the restrictions placed a week ago. The non-essential jobs, to which the activity was paralyzed until April 9, will be able to return to work, from this day, of course, complying with all security measures.

In this way, confinement is lengthened but with less strict measures, "We cannot relax, because it would trigger a second wave. When we have controlled the curve, we will go to a transition towards a new normality and towards a reconstruction of our economy", stressed the Prime Minister.