Quique Dacosta, solidarity with the families of policemen in Colombia

The chef Quique Dacosta It is these days in Cartagena de Indias (Colombia), participating in a joint action by the local chef in his restaurant Andrés Hoyos Bohemia. This is an initiative that aims to help families of the policemen of Colombia, victims of armed conflict in the country. 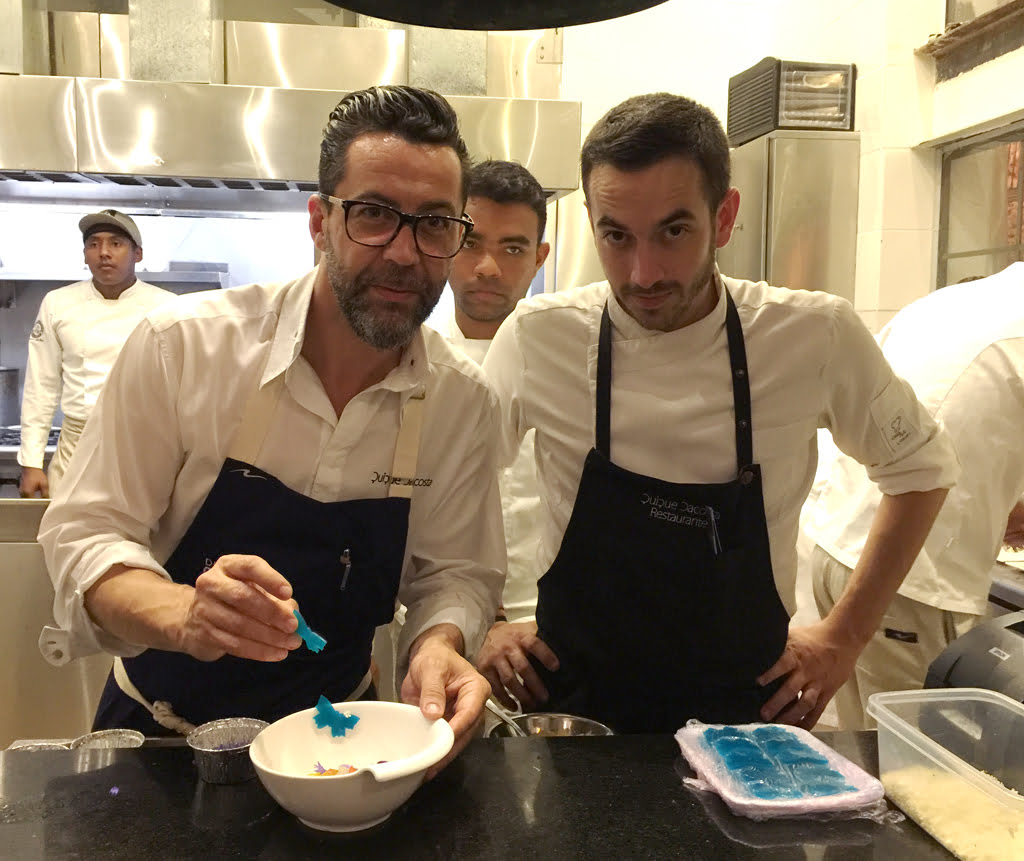 Dacosta, ambassador Dianense and Mediterranean cuisine, starred last night dinner for four hands on a project with prestigious chefs in Latin America as Jorge Vallejo or Virgilio Martínez, and offered his mythical dishes: Cubalibre Foie Gras, rice ash and Field Citrus . In addition he designed a dish inspired by his recent experiences in Colombia.

Is the second time Dacosta participates in the joint initiative Green heart. In addition to this collaboration, Quique Dacosta is ambassador Action Against Hunger; and collaborates with other charitable causes such as the campaign Restaurants Against Hunger, Which holds a solidarity menu in each of its four restaurants -Quique Dacosta Restaurant, Mercatbar, El Poblet y Vuelve Carolina- with the objective of raising funds against child malnutrition.