The president of the Generalitat, Ximo Puig, announced last Tuesday the extension of the perimeter confinement of the Valencian Community until January 31, the advance to 22.00 hours of the restriction of night mobility and the closure of the hotel industry of the entire Comunitat Valenciana from 17.00:7 p.m., measures that come into effect today, Thursday, January 31, and will also be in force, at least, until January XNUMX. 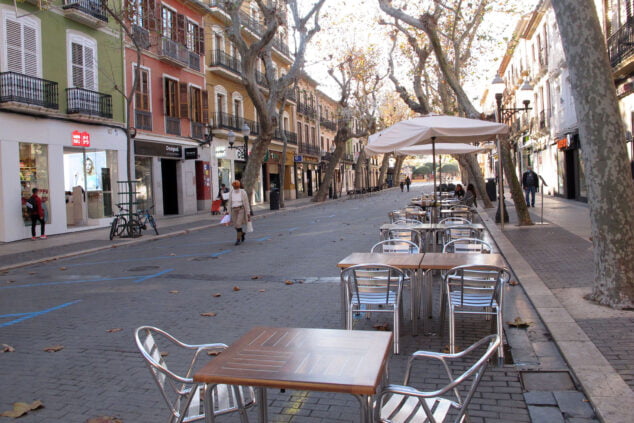 This was announced after the meeting of the Interdepartmental Table for Prevention and Action against COVID-19, in which new general restrictive measures were agreed to protect the health of citizens and the perimeter confinement has also been declared for 14 days out of 29 municipalities with a critical incidence.

These measures have been taken "to face the health emergency, to better protect the health of the population and to guarantee essential services", said Ximo Puig, who advanced, on the other hand, that he would convene for today Thursday, coinciding with the application of the new measures, to employers and unions to agree on a plan to help the sectors most affected by COVID-19 . "It's about saving lives, jobs, families", Emphasized.

Smoking ban on the terraces of the hotel business

In general, throughout the territory, as announced by the president, a ban on smoking is established on the terraces of bars and restaurants. In addition, the tables inside or on the terrace will be for a maximum of 4 people.

As regards commercial and service provision premises, the capacity will be reduced from 50% to 30% as of Thursday, including the capacity of the car parks or spaces for the parking of its clients' vehicles. The commercial activity of establishments and commercial premises dedicated to the essential food trade, pharmacies, orthopedics, opticians, hairdressing services and veterinary centers is excepted, which will be kept at 50% of the capacity allowed by license or authorization of the activity.

In addition, the maximum number of people in social or family gatherings is kept at six.

In these municipalities with perimeter confinement, the precautionary closure of the following establishments and spaces is established: social centers, casinos, clubs and establishments of a similar nature; bars, restaurants and other leisure establishments in the municipality, unless they provide takeout or home delivery services; gyms and sports centers of all kinds, and parks and gardens.

In addition, in these 29 municipalities the capacity for wakes, burials and funeral ceremonies are modified, so that they can be carried out in all types of facilities, public or private, with a capacity of 30% and a maximum limit of 15 people in spaces at the outdoors or 10 people indoors. In the case of other celebrations such as weddings or baptisms, the capacity is limited to 1/3, with a maximum of 15 people in outdoor spaces or 10 people in closed spaces, among family members and close friends.

In addition, he pointed out that the priority continues to be to keep students in classrooms in the same conditions as before Christmas, since it has been shown that "the classrooms are a safe space", the "safer". "The equality of society is at stake, the very future of the Valencian Community"he added.

"With actions on these four fronts, we seek to immunize the population earlier, strengthen the health response, reduce social interaction to stop infections and guarantee equal opportunities", indicated Puig, who asked citizens "maximum self-demand" and individual responsibility "without truce or relaxations" to reduce contacts and stop the transmission of the virus.

On the other hand, the Minister of Universal Health and Public Health, Ana Barceló, specified, with respect to the restrictions established in general for the entire territory of the Valencian Community, that events or activities with a concentration of people will not be allowed. Public shows, recreational and socio-cultural activities, animal exhibitions and popular celebrations are considered as such. The restriction does not affect, however, activities such as cinemas, museums or theaters.

In relation to the activity of the catering and hospitality establishments, the catering establishments may provide catering services during dinner hours exclusively to the people staying, and the catering in areas of service of communication routes for transport professionals is not subject to any time slot.

Likewise, the infantile and primary sports competitions are suspended.