Pepa Font, supported by Mazón, willing to fight for a decent bus station and to recover access to the center

Last Saturday, the president of the Provincial Council of Alicante and candidate for the Presidency of the Valencian Community, Carlos Mazón, visited Dénia in order to lend his support to the candidate for mayor for the Popular Party, Pepa Font. 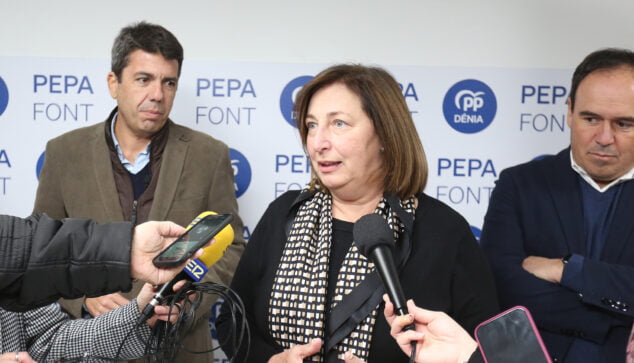 Pepa Font, together with Carlos Mazón, attends the media at its new headquarters

During the day, accompanied by the mayors of the region, the National Deputy, Macarena Montesinos, the mayor of Benissa and the regional secretary of the PP, Arturo Poquet, the deputy general secretary of the PP and mayor of Finestrat, Juan Francisco Pérez Llorca, visited the facilities of the Municipal Market and the main streets of the Dianense city such as Diana and Marqués de Campo streets. In addition, this visit has served to inaugurate with all those present the electoral headquarters of Pepa Font.

The candidate for mayor has stressed that the Popular Party "has an essential regional vocation." Dénia, she insisted, "has worked its capital status and has been the one that pulls the cart, but we need to collaborate with the entire region together." Another aspect that Pepa Font has not wanted to leave behind has been the need to reduce taxes in the city of Dianense, especially for the most vulnerable people. 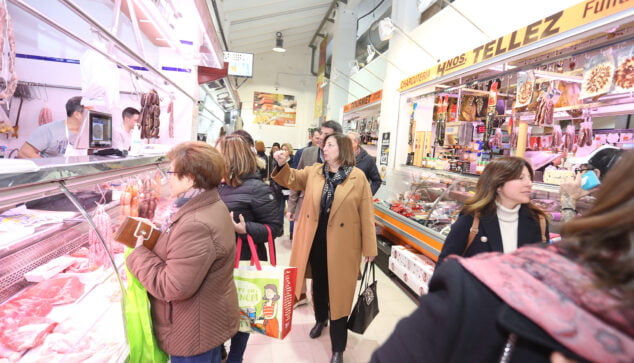 Pepa Font has taken the opportunity to throw the gauntlet at Carlos Mazón as the next president of the Valencian Community. The candidate for mayor has requested that the urban area of ​​the General Structural Plan be unblocked to ensure that all sports and cultural facilities are not paralyzed, as well as direct access to the port of Dénia, from the Ondara road to the port. This would be a way of relieving the urban area of ​​heavy vehicles and passengers, avoiding queues and retentions that occur in the area of ​​Avenida de Miguel Hernández.

The bus station and Marqués de Campo, in the objective of the PP for the elections

Among the proposals of the popular Dianense, the creation of a decent bus station and a mixed use of the Calle Marques de Campo so that users can access the Municipal Market and local businesses. 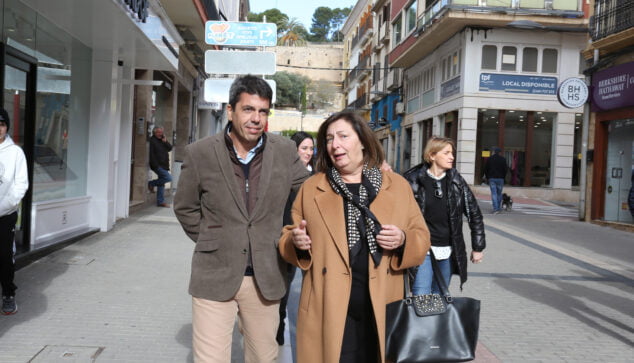 Font and Mazón walk Diana street and the center of Dénia

Carlos Mazón has guaranteed that he will support all these requests accordingly. "We come to Dénia to commit ourselves to the future and to someone who deserves the commitment," insisted the popular leader. The candidate for the presidency of the PPCV has also committed to the creation of a decent, adequate and on-time tram to Dénia-Gandia, for which the project has already been tendered from the Alicante Provincial Council to make it available to the Generalitat Valenciana. But, above all, he insisted, with the future of Dénia with comprehensive transport that includes a decent bus station, access to the port as the city deserves and the unblocking so that Dénia can breathe. Carlos Mazón has emphasized that "all these infrastructures are necessary to be able to have endowment land, to be able to make sports, cultural, educational facilities and the appropriate connections so that Dénia is not a funnel resulting from the collapse."

Carlos Mazón has expressed his pride in running for president with "people who place their municipality, their land, their neighborhood and their region above the Popular Party and who are very clear about what must be done", and has qualified that "Pepa He has experience and enthusiasm for the future and that sum is fantastic to add and unite in Dénia ».

Opinion of Compromís per Dénia: "I return with the xacacà of the train"
20 January 2023
Comments