More than a hundred shops of urban cars from Dénia will participate in the new edition of the Open Night to be held on Thursday 17 in July and that will fill the streets of Dénia with entertainment and activities until midnight. 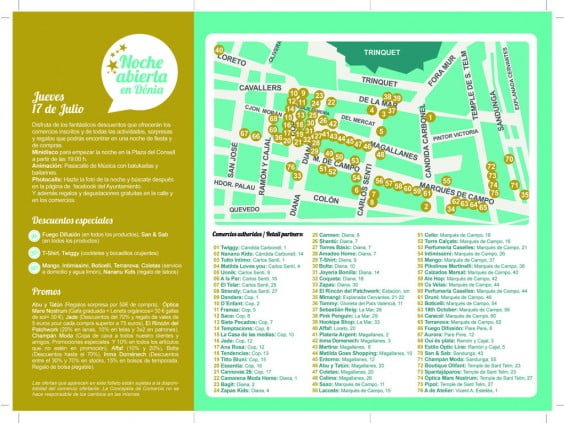 In this edition there will be a mini disc from the 19 hours in the Plaza del Consell for the little ones, and liven up the streets a group of Batukada and dancers. In addition photocalls be installed so that the public can take pictures throughout the night.

During that night, participating retailers will extend their opening hours until midnight and offer freebies and discounts to customers.