The works of the first phase of remodeling in the port Dianense ride will begin execution next month and as announced Albert Morell, manager of Varadero Port Denia, completed in February next year. Works that are ranging from the area where the bullring is located to the area Dianense port hammer. When these will be completed by end of the project the harbor promenade of Denia, as for the second phase are already made. 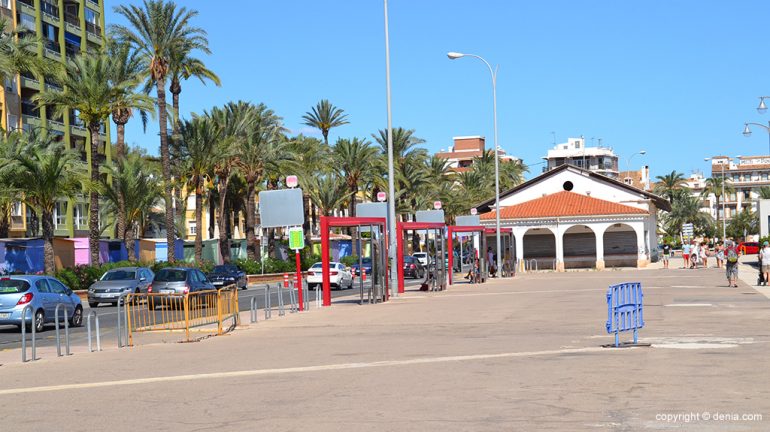 The cost of this phase of the works is between 900.000 and 1.000.000 euros, which will be financed by the company Varadero Port Denia. The technical details of the remodeling has given José Francisco Campello, technical editor of the project, "what we deal with this work is to improve mobility by eliminating all barriers there as curbs and all elements as aperas, planters to make it a much flatter area that serves so that people can walk Quar ".

The area on which will act is about 10.000 2 m800 and length in which will leave a uniform concrete pavement. curbs and any obstacles of which there are now removed. trees will be placed to have shaded area where banks adapted be located. Anteriorly to the auction the parking area which delimits based bollards remains. A change was made in the light of the street lamps, which will be identical to those now already in the area punchier the sea.

The project reflects the improvement of access to the back of the market by extending the existing sidewalk and as a great novelty the bike lane that would have continuity from the beginning of the port to the old docks of Baleária is created.

lane one-way traffic out there until after the old fish market, which is again split into two to the height of the parking area once passed the old fish market building is maintained. The only way to continue the cycle lane and widen the sidewalk.

Remodeling that will leave a clean visual field from the Calle Marques de CampoBecause the existing control booth now and meter box will be deleted. All this goes out and there will be installed sculpture "Portal del Vent"Sculptor Teo San José. A monument that will crown the project and be seen from the main thoroughfare of the city.

The presentation of this project was chaired by the Mayor of Dénia, Vicent Grimalt and the Deputy Mayor and government partner, Rafa Carrió. Grimalt expressed his appreciation to the works will undertake but noted, "when we saw the project we liked but we made the request to widen the sidewalk in front of the old fish market and pass the bike path ahead. It was a way of attaching importance to pedestrian and bike users rather than cars".

Grimalt has also made a request last minute "We have now asked to be removed the first line of parking that goes after the old fish market so that pedestrians do not have to turn it straight, it's something we have to negotiate Department for through ports negotiate with the company which it has the parking concession".