Agents of the National Police of Dénia have arrested in the town of Xàbia (Alicante), to a 48-year-old male, of English nationality, with an OIDE (International Order of Detention and Surrender for Extradition) issued by the United Kingdom authorities for an alleged crime of drug trafficking and illegal possession of firearms. 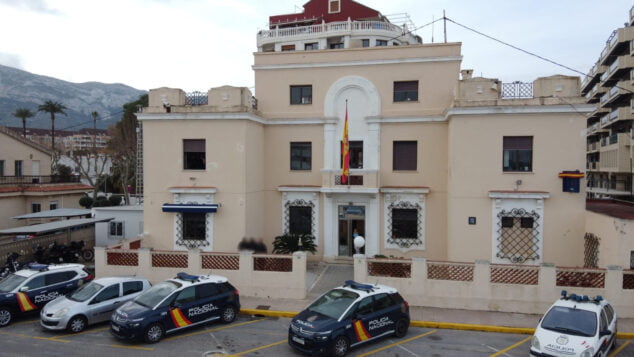 After the first investigations into his whereabouts were carried out, the agents located his home in the town of Jávea, where a large police force was established that allowed his arrest.
The events for which he was sought took place in September 2004 in the city of Mancherter (United Kingdom), the police of that English city arrested him when he was carrying out a drug exchange inside a van, where two later intervened. firearms and a bag containing narcotic substances such as Diamorphine and Pethidine. When the agents took a statement from him, he initially denied having any involvement with the events but later affirmed his participation.

The arrested man was awaiting trial in his country for an alleged crime of drug trafficking and illegal possession of firearms, facing a maximum penalty of 20 years in prison.

Once detained, he was placed at the disposal of the Central Court of Instruction number Four of the National High Court, which will be in charge of processing the International Detention Order.

The Provincial Council, the hotel business and leisure are allied to promote a global plan to reactivate the sector with 300.000 euros
15 of February 2021

The managers of a restaurant in Dénia face 6 and a half years in prison for keeping 265.000 euros of the business
15 of February 2021

In the Marina Alta, a third of jobs are lost in the first month of the so-called “year of economic recovery”
15 of February 2021
Leave a comment

36.636
4.274
10.968
2.120
We use cookies necessary for navigation and traffic analysis. We do not use cookies that provide us with personal data or advertising cookies.
More optionsACCEPT
Manage consents