Agents of the National Police of the Dénia Police Station have arrested two people and have dismantled an important marijuana plantation known as "indoor" because they are inside homes or, as in this case, inside a chalet located in the hamlet of Jesús Pobre (Dénia). 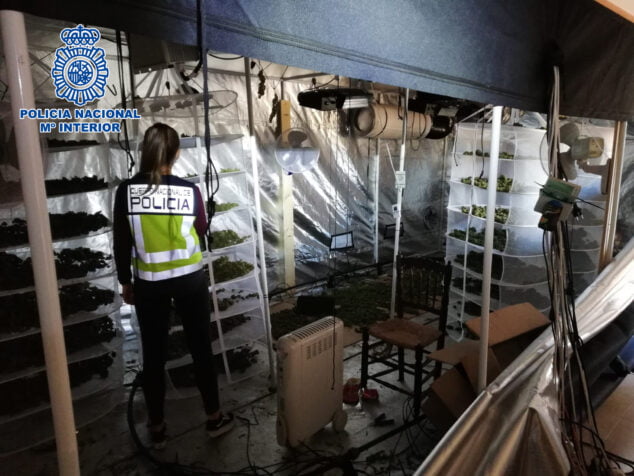 Indoor planting in a chalet in Jesús Pobre

The police investigations began two months ago due to the suspicions that a single-family home located in the aforementioned district could be being used by several people to grow marijuana, thus obtaining important benefits.

Several circumstances were confirming to the investigators that their first suspicions were not unfounded, little movement in the house that had been rented to live, closed shutters, a large number of air conditioners running all day, as well as several illuminated rooms of the house day and night. 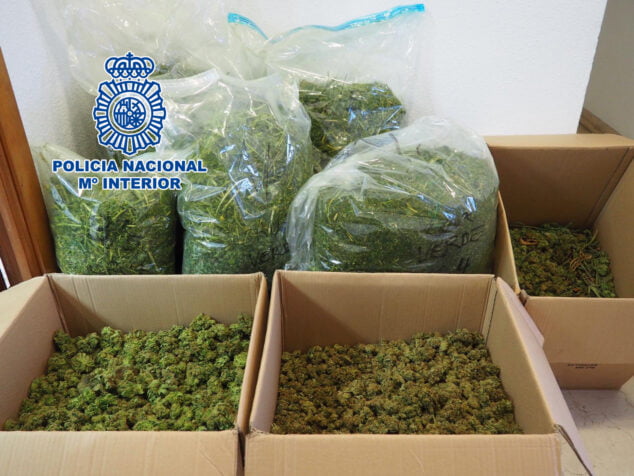 As a result of the surveillance and discreet monitoring, the agents were able to identify the two residents of the home. They also verified that the home was fraudulently hooked up to the electricity supply, as well as that the rental contract for the house, which amounted to almost 2.000 euros per month, had been signed with allegedly false documentation.

With all the information collected, the policemen of the Dénia Judicial Police Brigade carried out a special device in which agents of the Prevention and Reaction Unit of the Benidorm Police Station participated and in which they detained the two presumed managers of the plantation and they made a search inside the building locating 82 kilos of recently collected marijuana, in addition to numerous material used for the operation of the plantation.

One of the detainees, upon noticing the police presence, tried to flee on the run and tried to hide in a pharmacy where, finally, he managed to be located and arrested after having a struggle with the agents, causing damage to the establishment.

The detainees, aged 24 and 30, were charged with a crime against public health, in addition to documentary falsification, usurpation of marital status, attack by an agent of the authority, damages and were placed at the disposal of the Dénia Investigating Court that decreed the entry of both in prison.