The fallen major of Denia 2019, Amparo Petrie, participated last Sunday, 9 of September in the fun Battle of the Flowers that puts an end to the fiestas de la Misericordia in the town of Castellón de Burriana. 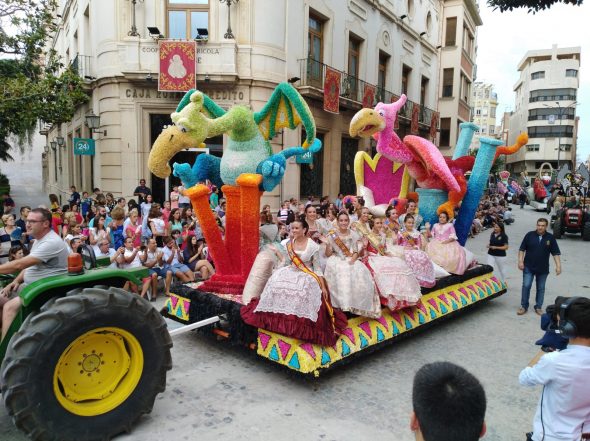 During the celebration, the biggest faller of Dénia paraded through the streets of the city in a float with representatives of several municipalities of the Valencian Community, throwing confetti at the thousands of people who witnessed the show.

Amparo was accompanied by the president of the Local Board Fallera, José Vicente Benavente, and the fourth vice president, Vicent Ivars.