Citizens propose that the Marqués de Campo site become a Mediterranean-style green space, with native vegetation and based on sustainability criteria

The City Council of Dénia, through the Department of Citizen Participation, has carried out a survey to find out the preferences of citizens regarding the design and uses of the site of the old ambulatory of the Calle Marques de Campo, of municipal ownership. The survey has been open from 1 to 30 November and it has been possible to respond online from the web pages of Participa Dénia and the City Council of Dénia, and in person at the Espai de Participació de Les Portelles and at the neighborhood meetings held during the month past. 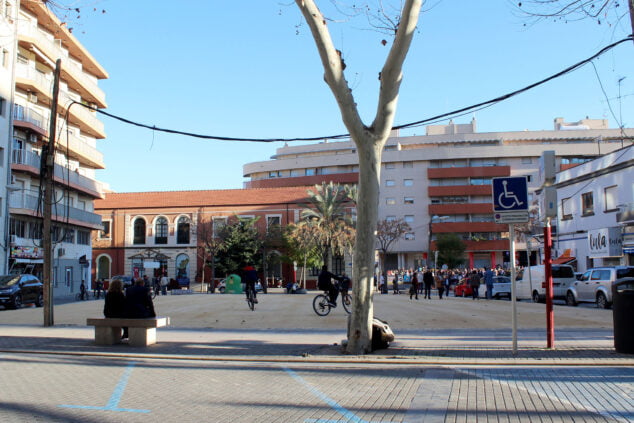 During that period, a total of 1.248 responses have been obtained, which, once analyzed, reflect that the majority of people who have voted prefer that the future space have an environmental function (27,59% of total votes), followed in number for those who prefer to give it a use of rest and leisure (25,21%); and cultural and events (21,94%). To a lesser extent, it has been voted that the space is created for the purpose of socialization (15,70%) or for sports and health (9,56%).

Regarding the style of the future open space, there is more uniformity in the criteria: 52% of the people who participated in the survey prefer it to have a Mediterranean style and 23,81% say that the style is indifferent to them as long integrated into the environment. The option of a modern and minimalist place has been chosen by 12,15% of the voters and another 9,09% have chosen to give it a classic and romantic style.

When asked about the age that must be prioritized in future use of the site, the majority of voters (45%) have stated that it must be somewhat balanced, without prevalence of a specific age group.
Almost 50% have shown their preference because the space has most of its surface covered by vegetation and 55,05% request that there be a balance between the areas of sun and shade in the enclosure.

The majority of respondents (54,49%) also prefer that there is a predominance of trees over shrubs, that tree species combine deciduous and evergreen specimens in a balanced way, and that autochthonous Mediterranean plants predominate.

In the section of necessary equipment for the future space, 29,5% have opted for the installation of a drinking water source and 27,97% for a shade. The percentage continues to be those who opt for the creation of a playground (11,12%), the installation of toilets (10,04%), the placement of a perimeter fence (8,46%) and underground containers (5,98% ). The rest of the proposed equipment, such as comfortable benches, a music band, parking, cinema and theater, petanque court or an ornamental fountain, does not exceed 2% of the total votes.

On the other hand, if there is one aspect in which practically 100% of the participants agree: the importance of the space being designed according to sustainable parameters.

The profile of the people who have participated in this preference survey is, by gender, 60% female, 39,11% male and 1,54% of participants who preferred not to say so.

The majority of participants, 83,17%, declare themselves permanent residents; 10,98% claim to be occasional resident and 3,21% say they do not reside in Dénia.

The results of the survey will be sent to the writing team of the bases and technical and administrative specifications of the ideas competition that will be called to transform this space in the city center. The College of Architects of Alicante is the body in charge of this work and the subsequent organization of the jury table that will assess the projects presented.

According to the forecasts already advanced by the Councilor for Territory and Urban Quality, Maria Josep Ripoll, the rules of the contest could be made public at the beginning of next year and in the spring the verdict of the jury will already be obtained. The budget line for the execution of the project would be included in the 2022 budgets.