"What is happening in the world, that nobody hears?". So the song begins Other lifedianenses Lol i Pop. A theme of the old band Dirty Matters, who won the Dénia model competition in 2000 and who opened for MClan in El Rodat. Now, Lol i Pop rescues him for "think more about people, pay more attention to each other and help us". The images of the video clip are harsh, because they show current issues with great rawness.

Manolo Martí, "Sahorí", guitar, voice and producer of this song, explains that they began to remake Other life before the start of this crisis, as a tribute to two members of the band Dirty Affairs, Dani and Víctor: the first one is gone and the second one is going through very difficult times. The group's followers also asked them to resume this song. And when the situation of the coronavirus began to flare up, they realized that the lyrics were very consistent with current times. "The song has been recorded and mixed with the guide voices, because we could not meet again to finish it off", Sahorí explains. Lol i Pop is known for his 80s and 90s versions of Spanish pop rock, but Other life It is a subject of its own. These are their managers: 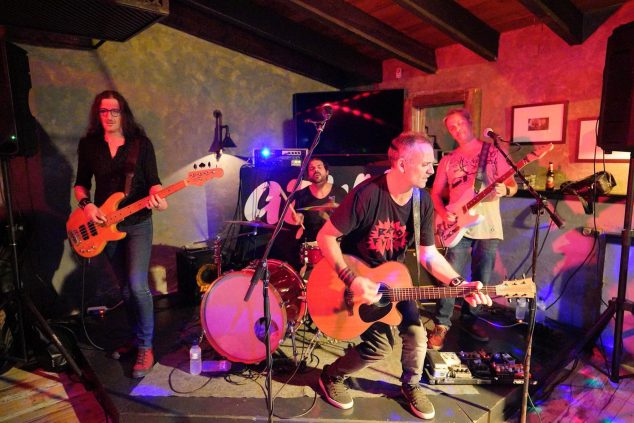 "The world has stopped"

From his studio in Las Rotas, Manolo "Sahorí" describes a circumstance that has a lot to do with the song and with what many people must be feeling: "The light in Las Rotas is different, everything is cleaner and more alive, it reminds me of when I was little. The world has stopped. This should make all people aware and change. We need this confinement to have served something , for a real change of mentality ".