The great riu rau of Mr. de Benissadeví de Jesús Pobre was the scene of an emotional tribute to the EATIM neighbor, Antonio Alberola Fornés, better known to all as "Xorrí", recently deceased. 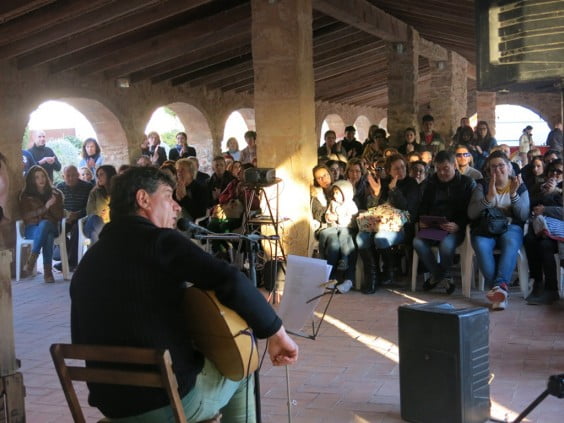 Convened by the Association of riurau Mercat, many neighbors, friends, relatives and acquaintances of Xorrí they met in this act. one margalló planted in his memory as a symbol of creativity and persistent strength.

It was a day of celebration and recognition was one of the founders of Mercat del riurauA person who all agree to define it as very vital, creative and lover of its population, which was promoter of many initiatives that are now underway in this town, such as party l'Escaldà, the wine or the Ascent to the Montgó.

Mayor EATIM, Javier Scotto Gave to the family a photographic mural with images of the Xorrí and some landscapes wanted by him to which it qualified like "the personification of the dignity of wearing labrador shoes."

Musicians and singers, Xus Garcia, Willy and Manolo Miralles also shared notes and melodies in memory of this great neighbor estimate of Jesus Pobre. the interpretation of some parts of the Instrumental Group of Jesus Pobre poems by Vicent Andrés Estellés and Ovidi Montllor songs were recited, and there were popular dances, Muixeranga by the Colla the Xareta, as well.

The event was hosted by actress Rodamons, Mónica Palacios and ended with the emotional projection of photographs of Antonio Alberola that served to review different times of his life.