Dénia, 28.767 people are entitled to vote in the upcoming municipal and regional elections

The next 22 of May, 28.767 people will be able to exercise their right to vote in Dénia in the municipal and autonomic elections. Of this total, 25.217 are resident voters, 2.755 foreign residents and 795 are "resident absentees" (living outside Spain), who only have the right to vote in the regional elections.

Yesterday morning the town hall held an extraordinary plenary session in which the 468 were selected people who will form the polling stations and who will shortly receive notification in their homes. The list can be consulted at the Public Attention Office of the City of Dénia, from Monday to Friday from 9 to 13 hours.

All of them will be summoned to informative meetings to be held on 11, 12 and 13 in May, at 20 hours, at Llebeig College. 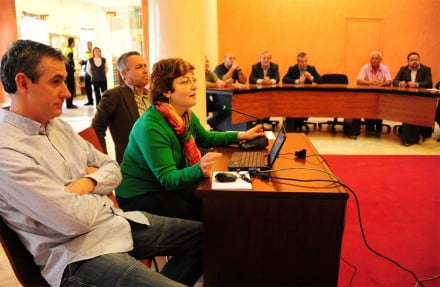 Opinion of Sandra Gertrúdix, Councilor for Commerce: "Convert Dénia into a commercial destination of reference"
March 10 2021

The Citizens group will request the elimination of the requirement to be up-to-date with public bodies, as has been done with other COVID aid
March 04 2021