The Associated Center for the UNED in Denia closed its V Student Seminar on Wednesday afternoon, two days in which students from the center present, before the university community, the End of Studies Works in which they have worked in different areas.

This initiative of the Associated Center of Dénia won the prize of the Social Council 2016 of the UNED to the "Best management practice set up by a National Associated Center or abroad", and has established itself as a knowledge dissemination platform, an exceptional opportunity for the students of the center to share their work publicly. 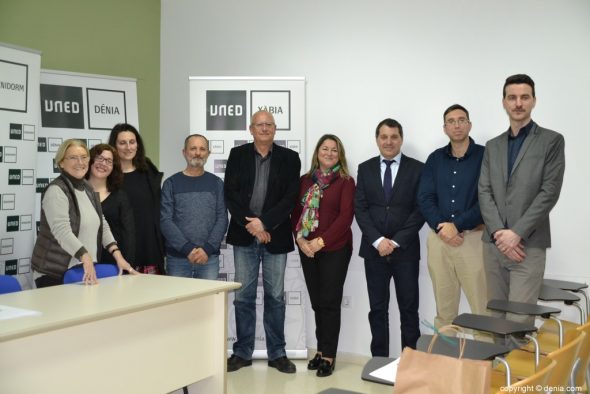 In this edition, which has had to be divided in two days due to the interest in exhibiting works of the participants, MªConsuelo Aparisi has participated, speaking about the Spanish Judicial Practice in matters of Official Protection; Andrés López Ciruelos, who presented the Treatment of Catalan Independentism in the press: identity vs. territory; Patricia Crespi with the presentation I priapisme nothombien à travers la syntaxe. Analyze de l'intensité linguistique dans Metaphysique des tubes and Jorge Simó Peiró, who explained the Methods of extraction and determination of pesticides by gas chromatography masses in samples of plant origin.

On the second day, Luis Javier Carayol García exposed The bias built. Measurement of anxiety-stress before subjective spaces. Mónica Palones Seser spoke about the Survival of the Naiads in the Pego-Oliva Marjal reserve area; Aurelio Rosique López tried the Motivation in the acts of tax settlement and finally, Manuel Fuster Ruiz Apocada spoke about the Evolution of the European Protection against the banking products in Spain in matiera of consumers. Analysis of the jurisprudence of the European Union Court of Justice and its impact on Spanish jurisprudence. 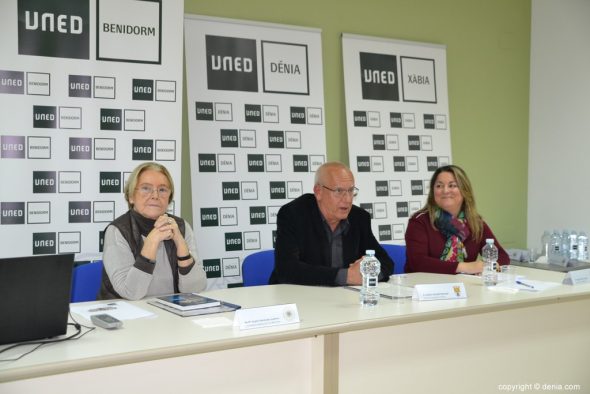 At the closing, the director of the Associated Center in Dénia, Raquel Martí, congratulated the students for their bravery and generosity in sharing their knowledge in the seminar, while the academic coordinator, MªÁngeles Menéndez, was proud of the work presented during the two days. The mayor of Dénia, Vicent Grimalt, congratulated the UNED for promoting initiatives of this caliber that enhance the educational community of Dénia.