The theater group "Benixaloní" filled the Plaça del Cinema of La Xara with the representation of the work, "Ja ma estic at home." An activity organized by the Association of Pensionistes i Jubilats of La Xara which was a public success. 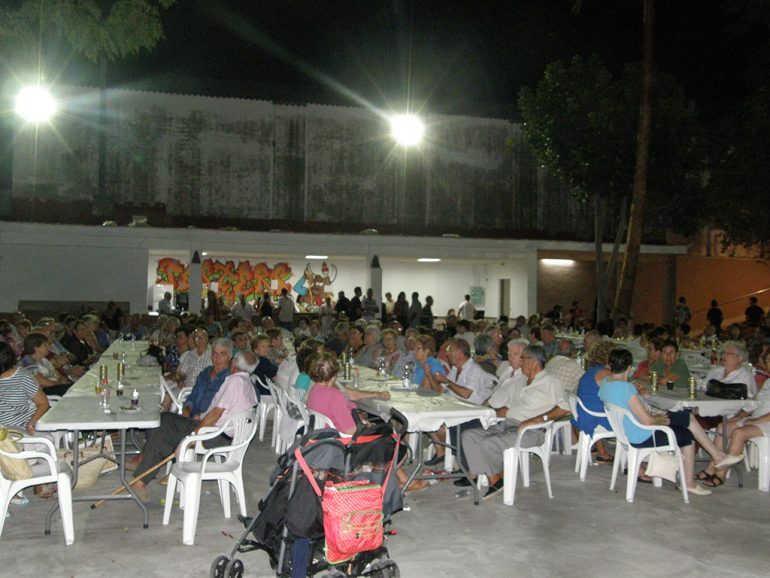 Before the performance there was a popular dinner where more than 200 people could enjoy the company of friends and acquaintances. After dinner gave way to the theater. This comedy told Paco Comes in putting on stage with the actors Joaquím Jordà, Pepa Jorda, Gabriel Vives, Aida Ivars, Mila Montserrat and Tadeo Fullana, who were led by Maite Cuart.

This activity recovery of a cultural space is confirmed as the Plaça del Cinema which has some very unique features that makes it the ideal setting for hosting events of a cultural nature.

This Thursday 27 and Friday 28 of August at 22 hours will take place in this same stage the activity "Cinema a la Fresca". On Thursday, the film that will be screened is "El Heroe del Río", by Buster Keaton, with live musical accompaniment by Jordi Sapena and Tortel.

Friday 28 the "Romantic Exiles" film, of Jonás Trueba will be shown.