Creama, Jovempa and Jovema together to promote economic recovery in Marina Alta

This agreement has been captured in a framework cooperation agreement signed by all parties yesterday morning in the city of Dénia: President Creama, Alejandro Morant, and the president of Jovempa César Quintanilla, in the presence of the mayor of the city, Ana Kringe, Councilman Creama Dénia, Vicente CheletAnd Vice President of Jovema, Emilio Signes. 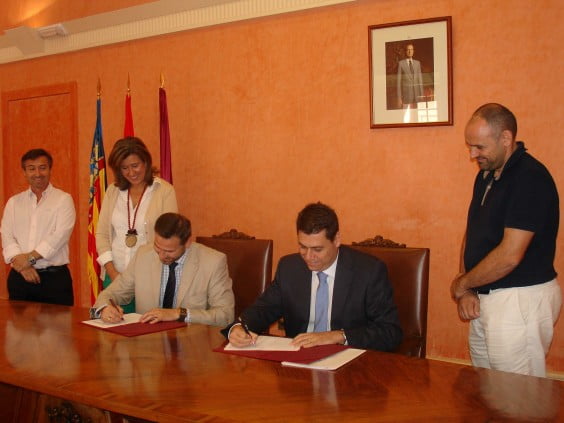 Convention for the Young Entrepreneurs

Among the actions contained in the agreement to promote training activities on topics of interest to businesses and entrepreneurs are listed; conducting orientation activities and support for entrepreneurs; the implementation of action plans that foster collaboration between the two entities and disclosure of activities and services Creama performing both as Jovempa and Jovema.

Councilman Creama, Vicente Chelet, has introduced the act recalling the employment policies adopted by the city council this year. On the one hand, the Municipal Employment Promotion Plan has encouraged the hiring of thirty people unemployed in the municipality. The participation of the City Council of Dénia in the Joint Employment Plan of the Valencian authorities will allow the hiring of twenty-six other people in Dénia. For this annuity, the council has allocated about 10.000 euros to this line of aid to companies or entities that hire unemployed people in the municipality.