The various internal initiatives that are in process of developing documents and applications with a view to Citizen Assembly Valenciana Podemos next May, will meet tomorrow in Dénia in an open meeting to present their positions, debate and seek the maximum confluence.

This desire to prepare a shared Citizen Assembly Valenciana as productive, inclusive and pluralistic as possible before the nomination is unprecedented in the history of Podemos nationwide. 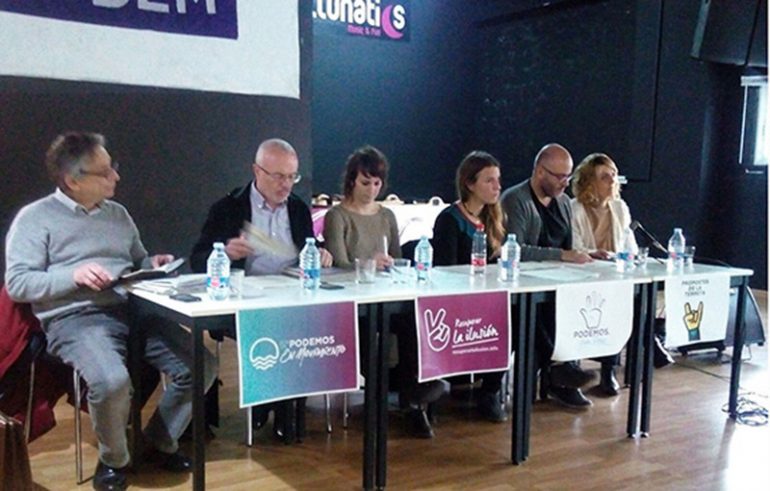 Representatives from Democratic deepening, Marea Valencia, Més Morat-Més Podem y Podem-Aprofundir update the CanviWho came from all territories of Valencia, as well as members of the Citizens' Council Valenciano and MEPs from the dwelling in Les Corts training.

The opening of the meeting will be given by councilor can Dénia, Alexander Rodenkirchen, and representatives attend Platform for the Defense of Public Sanitat in Marina Alta.

The calendar Citizen Assembly Valenciana mark on Monday April 10 the two (political and organizational) will defend each proposal documents are published. Then he will start the transaction phase, in which framework agreements may be negotiated and take content from other initiatives.

Compromís presents a motion to ask for more commitment in Dénia against LGTBIphobia
June 16, 2020

Balance of the first year of government: «We do not sell smoke; we make decisions and act within our means »
June 15, 2020
Leave your comments