The castle of fires of the Dénia festivities: place and date

Fireworks are a festive act cross, which is usually present at all parties. In one of the cities most Fest of the country have a special role rockets, firecrackers, mascletaes and also the castles of fires.

The most important fireworks display of the year is perhaps the one closes the week of Major Holidays, which are held in Dénia in the month of July. The last Sunday of the festivities, after midnight, the leading role is for the pyrotechnics.

The choice of the fireworks company that offers the show is in most cases for economic reasons. The party department of the Dénia City Council is in charge of hiring one or the other depending on the budget available each year. Money also marks the duration of each show, since the more money is invested in the castle, the greater its power and duration. In general, the fireworks display of the Dénia festivities usually lasts around 20 minutes.

The launch site has changed in recent years, because the security measures have been greatly adjusted by the central government. In 2015, these measures forced the castles to be launched from the north breakwater, an area perhaps too far from the public. 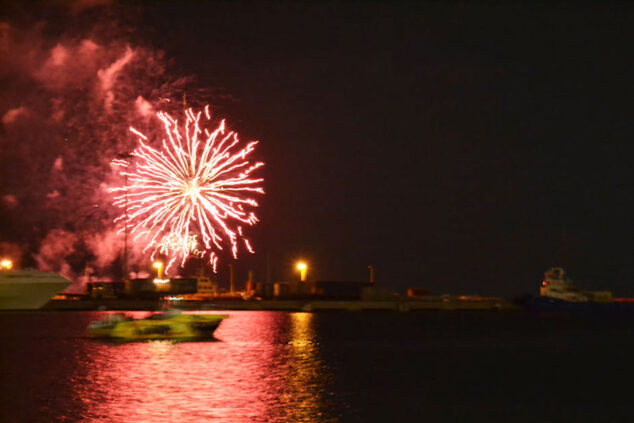 Other pyrotechnic events in Dénia

At parties Moors and Christians held in the month of August a fireworks display is also set off. On August 16, at midnight, this show takes place in the port of the city.

And if we talk about parties and fire, we can't put aside the failures in Dénia. The difference, in this case, is that the shows that are fired are called mascletaes nocturnal. This type of shot focuses more on the harmony of the sounds and not so much on the spectacular color.

During March 17, 18 and 19 three are fired mascletaes night in Dénia. In recent years, the chosen location was the square Jaume I. 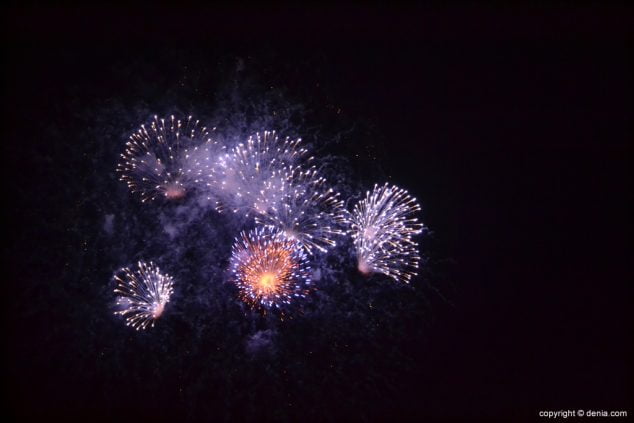 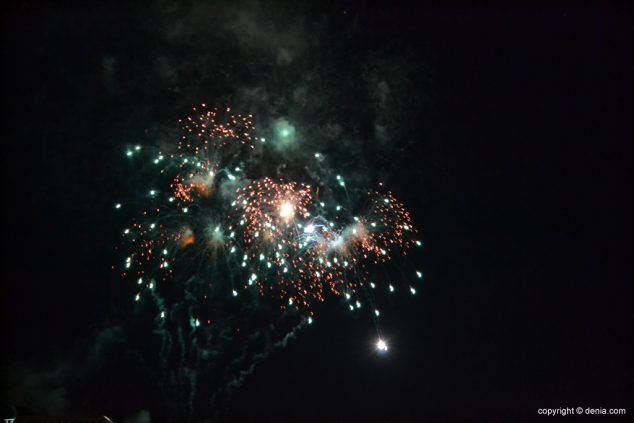 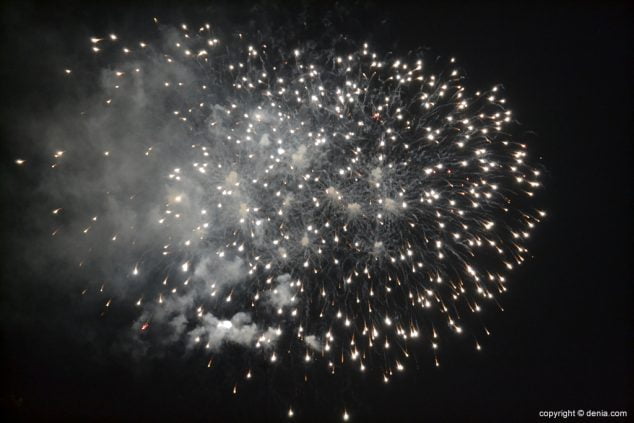 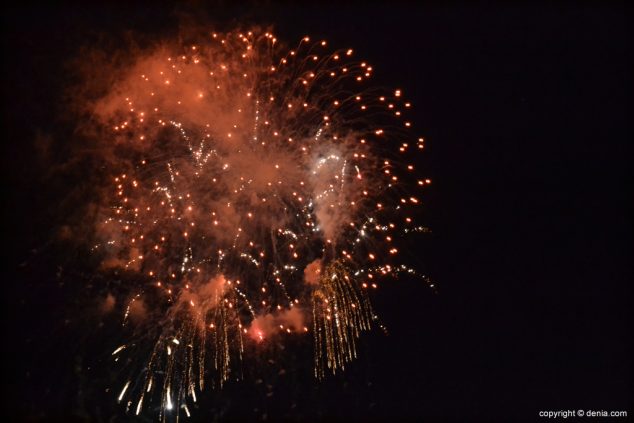 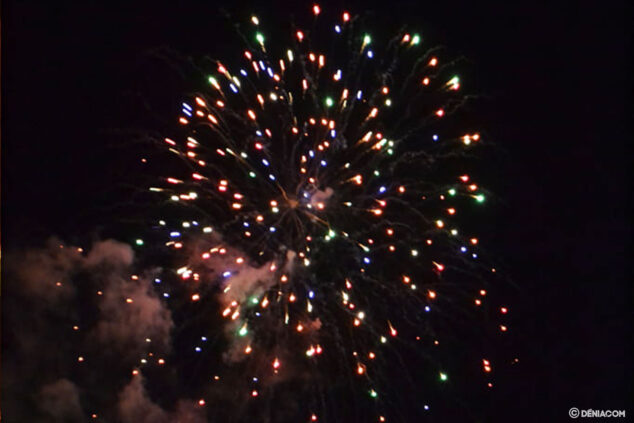