350 Red Cross volunteers participate these days in the #KilosDeSolidaridad campaign

The health crisis derived from the spread of COVID-19 in Spain has resulted in an economic and social crisis that is affecting hundreds of thousands of people throughout Spain and has caused a food emergency among part of the population that has overflowed all forecasts. The different social entities are outnumbered and, despite the continuous donations received, these are insufficient to cover this increase in aid requests. 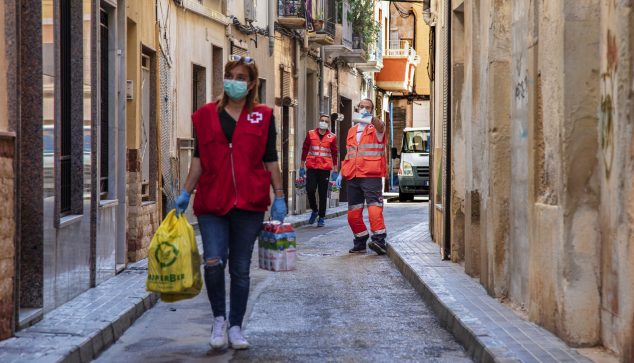 For this reason, the three major PRISA radio stations in collaboration / together with the Carrefour Solidarity Foundation and the Red Cross, are running until June 28 the #KilosDeSolidaridad operation, which aims to make visible the difficult situation that thousands of people face. In our country. An awareness campaign that in turn involves a major food collection operation for the benefit of people in situations of social emergency. Contributions that, however small, will help to minimize the difficulties that a large part of our society faces. "What can you afford?", formulates the campaign. 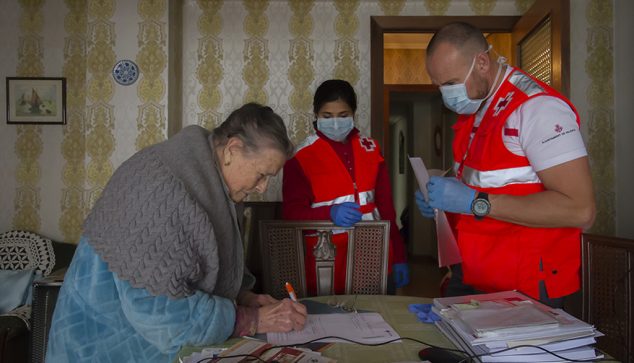 The collection campaign has started today and will remain until Sunday, June 28 in more than 200 Carrefour hypermarkets throughout Spain and will count with the participation of thousands of volunteers from the RESPONDE Red Cross Plan and the Carrefour Solidarity Foundation. In the Valencian Community, about 900 Red Cross volunteers (350 in Alicante, 347 in Valencia and 200 in Castellón) are mobilized these days in different shifts and in a total of 28 supermarkets (13 in Alicante, 12 in Valencia and 3 in Castellón). 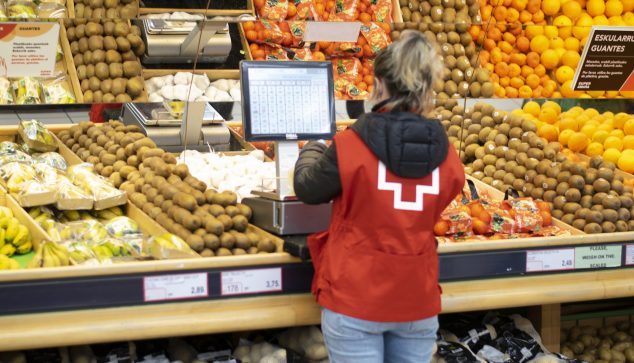 Volunteer in the fruit and vegetable section of a supermarket

The volunteers will encourage the donation of food, which they will later distribute to the most vulnerable people served through the network of 52 local assemblies in the Valencian Community (21 in Alicante, 21 in Valencia and 10 in Castellón).