The pyrotechnics Ricasa fired on Saturday, March 18, from the Plaza de Jaume I, more than a hundred kilos of gunpowder in an intense and applauded mascletà night that gathered hundreds of people around the square.

To the 21: 30 hours, punctual to the appointment, the major falleras of Dénia, Melani Ivars and Carla Vinaroz, lit the fuse with which began the pyrotechnic show that lasted just over five minutes. The sky lit up in color with the bet of the pyrotechnics, a shot that marked the equator of the failures of Dénia, that this Monday, 19 of March, face their last day with the offering and the cream.

At the end of the mascletà, Civil Protection troops gave notice that a shrub in the square had begun to burn. Quickly, three members of the Regional Fire Park, helped by the truck, put out the flames that had caused a spark of the show. 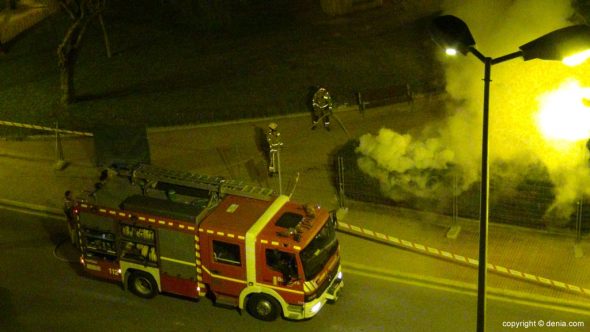