light alarms in Dénia after losing to Catarroja (1-2)

Dénia's defeat against Catarroja, a direct rival for permanence, made the conclusion of the party had an emergency meeting of the Board. After half an hour the officers came with very serious face but not made statements seem to Paco Cuenca hours are counted as Dianense coach.

The match was full of absurdities by dianenses who left gripped by nerves to the pitch. The Catarroja took advantage of it. With just three minutes of play and could take the lead but the shot went Juanma over the bar.

The first goal of the match came in the 16 minute when the Dianense Dani García scored from outside the area of ​​a strong shot. Little joy lasted to the locals, since four minutes later tied the Catarroja to transform Bleda a maximum penalty.

That goal did a lot of damage to Dénia that from that moment disappeared from the game. To the rest it was arrived with tie to one. In the resumption, the dianenses remained absent from the game.

The Catarroja took advantage of this fact and Gozalbo scored the second minute in 51. The Dianense introduced technical changes to your computer looking for more depth but we were unsuccessful.

Things got more complicated with the expulsion of Garrido in the final stretch of the game. Still, Borja had the tie in his head, but his shot was deflected to corner by the Valencia goalkeeper, Mario.

Dénia accumulates nine days without winning and the coach himself commented at the end of the clash, "I understand that I can stop, in football they send the results."

Referee: López Herrero. He is shown the yellow local, Juanma, Victor and expelled with a straight red Garrido and visitors, Santafe and SHIPMENT

Incidents: Field "Diego Mena" with the presence of 150 spectators. 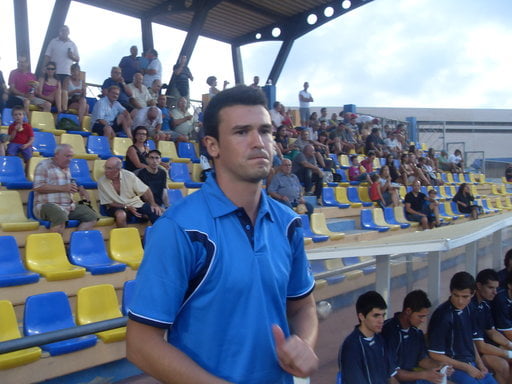 The coach Paco Cuenca, may be dismissed in the day.