Popular Dénia will present a motion to protect trawling

The municipal group of the Popular Party of Dénia will present during the next ordinary plenary session, which will take place on August 27, a motion in order to evaluate the socioeconomic impact that the application of the Management Plan may have in the fishing sector. 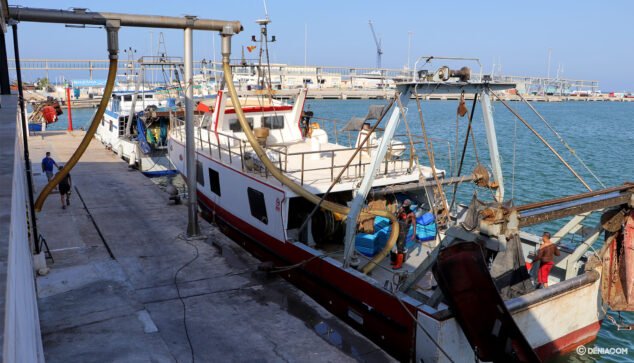 Fishing boat in the port of Dénia

This Management Plan seeks to limit the days of fishing for trawlers in the Mediterranean, something that, according to the party of María Mut, could negatively affect the fishermen who are engaged in it in Dénia. "Trawling is one of the most deeply-rooted and emblematic activities within our city, [...] being one of the most traditional professions known in our environment", manifests the motion.

With the application of the Management Plan, the days of fishing in this modality will be reduced until, for now, 2025. A reduction of 40% of the days, "which in practice means that it is impossible to carry out the usual fishing tasks in a calendar year as we are used to". This, according to PP, It will imply the loss of jobs in the professional fishing sector, seeing very diminished economic returns.

Despite the fact that several studies suggest that this practice damages the marine ecosystem (according to Greenpeace it is the most damaging to the bottom), the popular ones defend that "contributes to the cleaning of waste on the seabed, thus becoming one of the elements that maintains the sustainability of the Mediterranean, and participates in a national project with the aim of collecting and bringing to port all the waste captured in the networks of fishing, mainly plastics, which are destined for recycling for the manufacture of textiles. Likewise, bottom trawling is obligatorily carried out from a depth of 50 meters, thus ensuring the preservation of the oceanic posidonia meadows ".

In order to prevent the Management Plan from preventing fishing vessels from continuing with a productive activity, the Municipal Popular Group submits the following for debate and voting before this Plenary:

Carrió lashes out at the 9 d'October agenda: "What do you think about nightlife and party people about these 5 days of the festival?"
09 October 2020