El Garbí Dénia She fell on their trip to Sagunto, in a match where despite the difference in the score David Salanova's men played well for several minutes.

The Dianense team was presented in Puerto de Sagunto alone with 10 players for the many casualties that drags and above all the important men as they are; Raúl Fluxa Chano and Ralph. In the first minutes the match was very even and no team sent on the scoreboard. Errors in shooting and turnovers caused some local skyrocket on the scoreboard, took a lead of 6 goals, the minute 15.

The Dianense coach after a timeout and put order into the team, especially in the offensive game got yours would focus. They were the best minutes of Garbí Dénia, which shortened the difference to go into the break with 2 goals against.

In the second half, the visitors endured the difference in the 2 and 3 goals, and tried to reduce it. Again and again they came up against a good defense from Saguntina. These differences stayed like this, until the 15 minute of the second part where the locals with more changes and fresher gave more rhythm to the game, getting away from 6 goals.

In the final minutes the Dianense team and is carried away to finish the game as he had no options to take some point, reaching the end with the score 30-21.

The Garbí Dénia received on Saturday at City Hall Sant Joan Dénia to the 18: 00 h for Week 18. 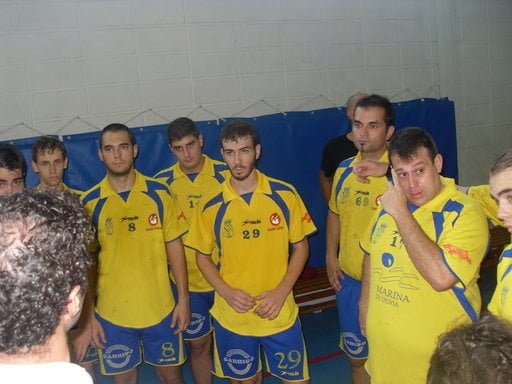