Exciting the afternoon lived in the municipal pavilion of Dénia, on Saturday, with the victories of the teams of the Paidos Dénia before the New Elda FS. To emphasize that in the cadet category the schoolboys are more leaders when winning by 5 to 1 to the Elden team.

Fruit of this tactical situation in the field, two robberies of ball by local part arrived that later were materialized in goals by work of Carlos. The game festival on the track was huge with a Paidos that erased his rival. In full ecstasy of game 3 arrived at 0 work of Alex after a pass to the far post where he was perfectly placed.

After starting from this goal, the Elders knew how to react and before the break they managed to cut the advantage, leaving the 3 to 1 on the scoreboard, to go to the locker room. 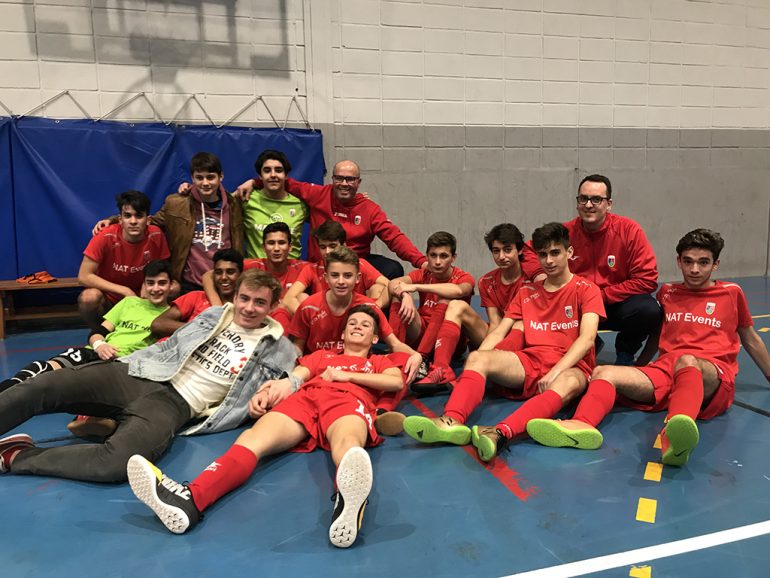 The second half started the same and the 5 minutes Santi stood alone in front of the visiting goalkeeper to beat him with a flat shot that meant the 4 to 1. The visitors opted to press up and take out the goalkeeper on occasion, but a sensational Vicent avoided any approach on the scoreboard. Álex after a counter made the definitive 5 to 1.

With this result the schoolboys remain leaders of the league alone counting all their matches by victories extending their advantage over the second classified that is now 5 points.

In the children's category the Paidos Dénia won by 5 to 3 to the New Elda FS, in a clash where the trepidante rhythm of the beginning of the clash, allowed the locals to take the reins on the scoreboard. At the 10 minutes Julián opened the score by getting the 1 to 0. In spite of being seen ahead in the scoreboard the schoolboys did not lower the rate and wrote down two more goals, work of Javi and Iker.

In the second half, the visitors reacted very well and shortened the differences by getting 2 goals. With the 3 to 2 on the scoreboard, the reds returned to command in the game and the goal of Tristán served to place the 4 to 2 and reassure the local parish. The fifth and final goal came Javier's work. At the end of regulation time, the final score of 5 was reached by 2.

With this victory the Paidos Dénia remains second in the classification to a single point of the leader the New Elda FS.

In juvenile victory against the Pinoso FS

The youth team Paidos-F.Fernández Luna resumed the competition after the vacations in Pinoso, Very soon things were put in favor because the 5 minutes were already winning 0 to 3 after 2 goals by Joaquin and one by Aitor.

The schoolboys did not slow down, Nico after an individual play and Pablo after a good combination extended the score to 0 to 5. Just before the break the locals cut the advantage, thanks to a own goal scored by the dianenses. 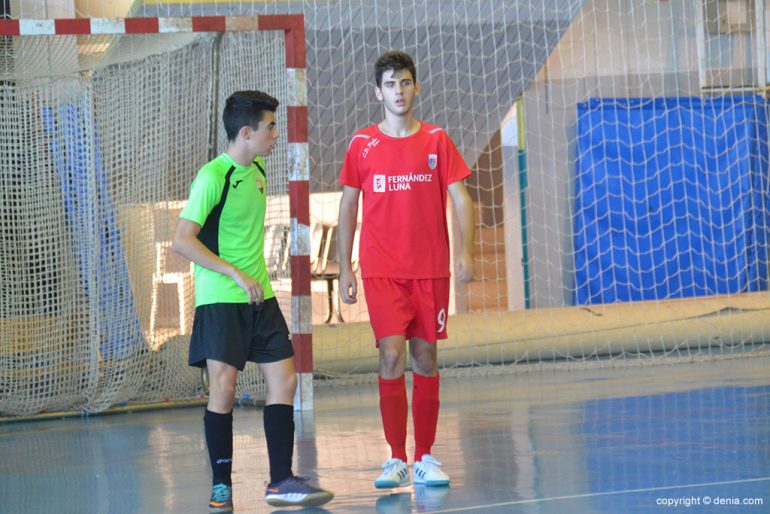 The second part was more equal but Joaquin and Nico widened the score, placing the 1 to 7. The locals pulled pride and goalkeeper player, getting to cut the distances with 2 goals. Highlight the performance of Paidos goalkeeper, José Antonio in the last minutes stopped 4 double penalties.

With this victory the collegiate team continues to occupy the third place with the same points as the second and 5 leader Ibi FS.