A convulsive week at the political level has ended with a resignation and a plenary in which all the councilors will affirm that they have not been vaccinated and with the compromises to resign immediately from the càrrec and resign if it is demonstrated. Això started from a motion of PSPV not presented in temps and forms i that annul the previous motion presented pel PP Both groups in which an Investigation Commission is demanava. Clearly, it is evident that you are committing to donate support to this motion, as the other groups, because you do not tend to threaten and because I think that resigning is, as a minimum, a moral obligation in these cases. 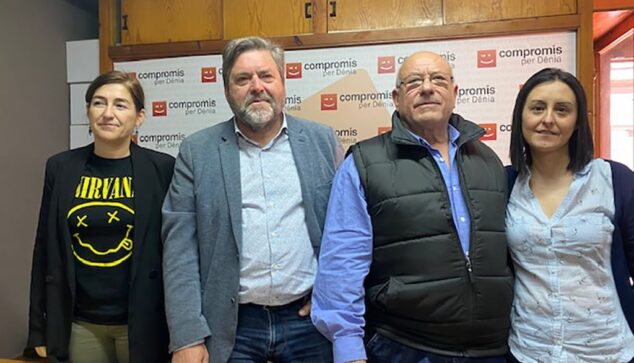 Representatives of Compromís during a press conference prior to the pandemic

Yes be the councilor Cristina Morera He has donated an example, and he has made a decision for morality and to protect his companys of partit, they are not going to propose to revoke the competencies or cap altra action emparats in that "the fault will be of the Secretary of Public Health".

It is a great attitude to defend and donate your support to the company; but there to victimize-the i reiterate that the fault will be of Public Health, it is molt covard and demonstrates a vegada more the lack of constant humility of the party during all these years "Quan m'equivoque is the fault of the altres, quan encertem és mèrit meu ”.

But to this first error, an altre is added, is it to keep silent, or the one who is the mateix, to threaten, to lie. The councilor has paid for her mistake, exempting her companys in that sentit. But if not s'haguera filtered to premsa, mai ho haguérem sabut. I eixa is the truth. "Why is the press going to know?" Carrió ahir will ask in the plenary. "Something of your partit in the Ministry is going to throw away the protection of dades" the mayor will recriminate. That is to say, no sols have NOT practiced transparency, but condemned it. That can wait doncs from now on?

The third question is that they affirm that they do NOT know. Or continue, the theory is that the mateixos companys that defend the error of Morera, blamed Public Health, they do not know how to solve this issue. Eixa is the theory, and the one that they will defend there.

But the fetish is that if you actually know, they have not been honest. I if you do not know, they have still ignorants. That the mayor does not know of the irregularity of a member of the seu team in one of the seus public buildings, for two weeks, is just as knobby.

The Public Health investigation will clarify who is wrong or who is wrong about the protocol. The one that is going to agree there will be that "the conclusions of the final report of the investigation will first inform the municipal Corporation". Donades les circumstàncies have suspicàcies of what they will tell, quan and for what. You will say, but when in politics it is lost humility, transparency and honesty, it is also lost trust.

Opinion of Vicent Grimalt: "A pressupost per a l'any de l'esperança"
19 of February 2021

Compromís, Ciudadanos and Gent de Dénia adhere to the request of Iaioflautes de la Marina Alta to urge the government to carry out an audit of the Social Security accounts
18 of February 2021
Comentarios