Melani and Carla: "It is time to show the work of a population proud of its traditions"

The rain did not diminish his speech or his desire. The major falleras of Dénia, Melani Ivars and Carla Vinaroz, had a mission: to announce to the city that the failures have begun. And they did it in an intimate setting, surrounded by the colors of the eleven dianenses commissions that illuminated the balconies of the town hall.

After the speech of Manolo Catalán, the major falleras of Dénia took the floor. Hand in hand and with constant looks of complicity, the maximum representatives of the failures of Dénia 2018 went to a packed square waiting expectantly for their words. 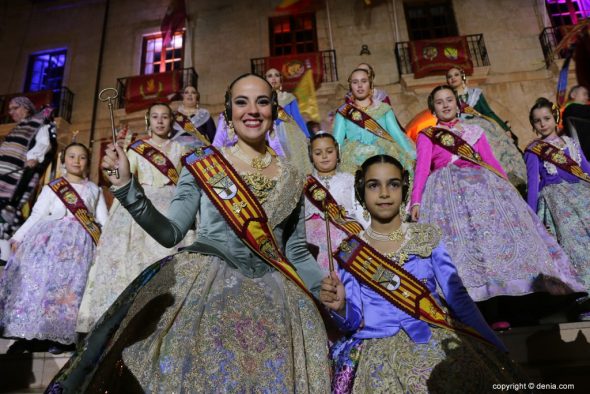 After dedicating words to the eleven colors of the city commissions, Melani and Carla remembered that "It is time to show the work of a population proud of their traditions", and that, above all, you have to remember "that we enjoy under the same feeling, and that is that failures are nothing but a stimulating way to share experiences and emotions, work and illusions, surrounded by friends and family".

After shouting together that "Ja estem en Falles!", The major falleras of Dénia received from the mayor of the city, Vicent Grimalt, the keys of the city, the ones that give them the power to fill it with festivity, music, light and color until the March 19 flames finish with the last ninot. 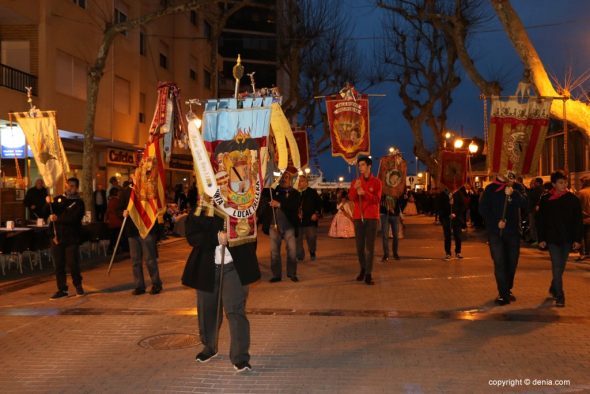 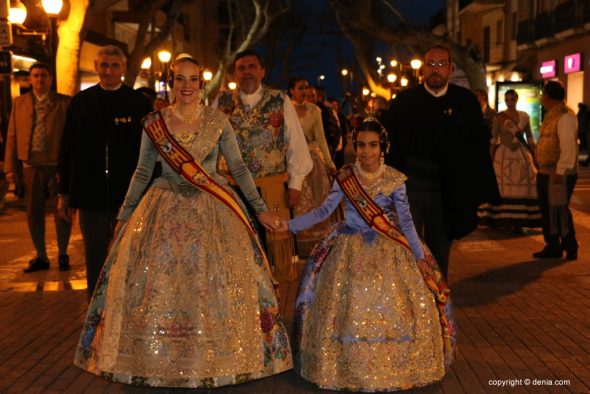 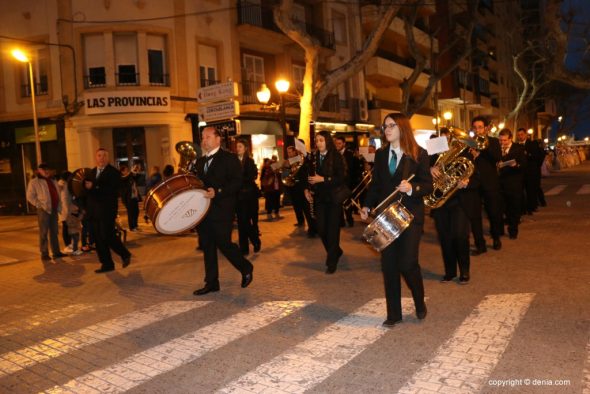 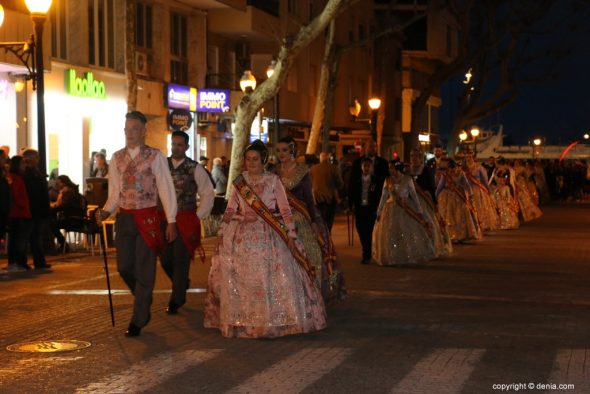 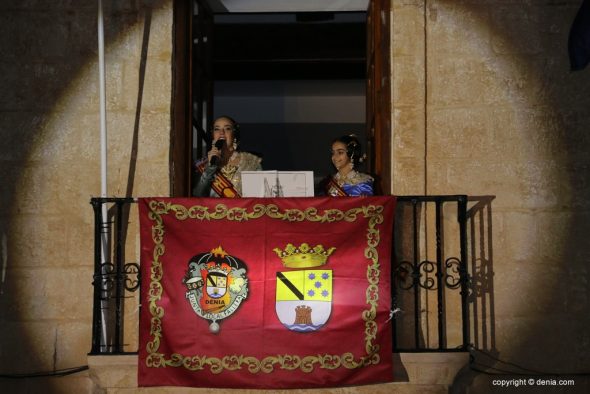 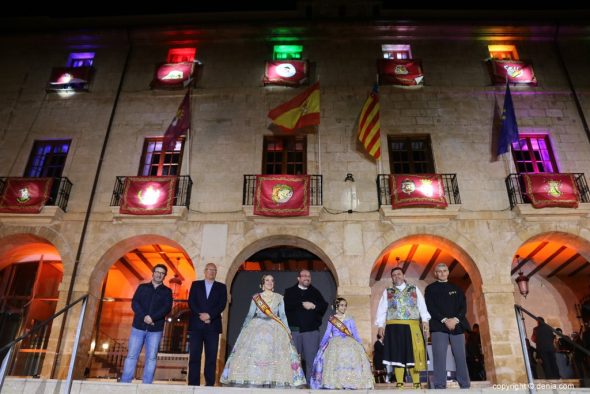 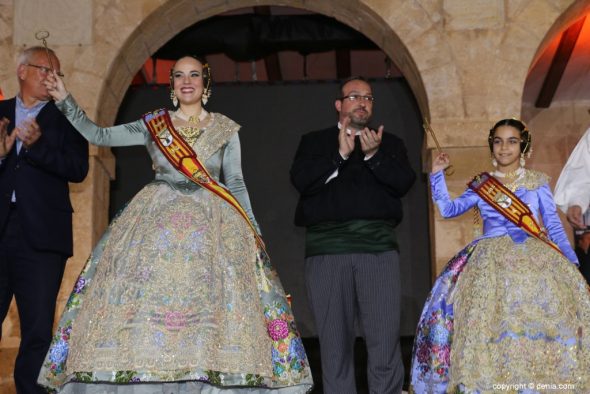 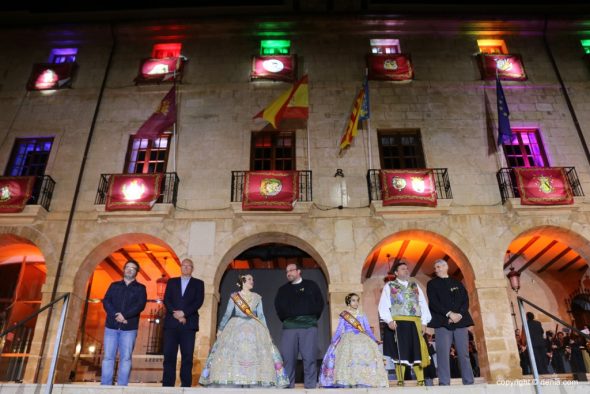 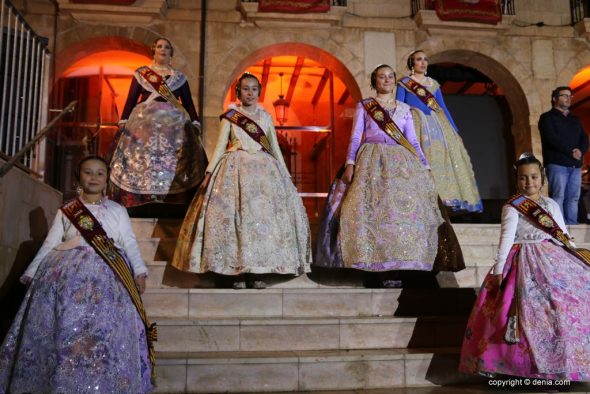 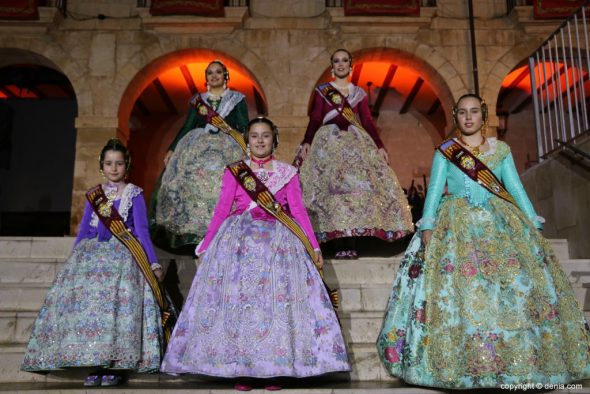 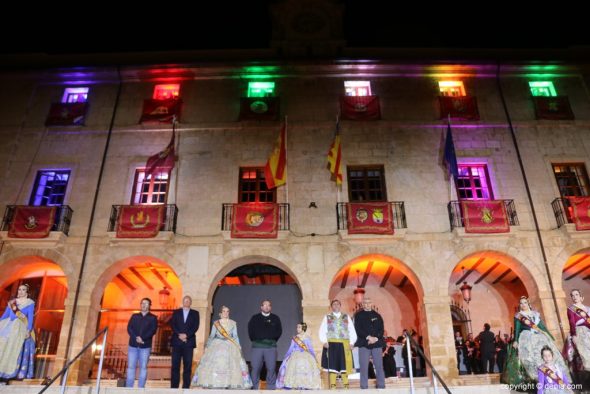 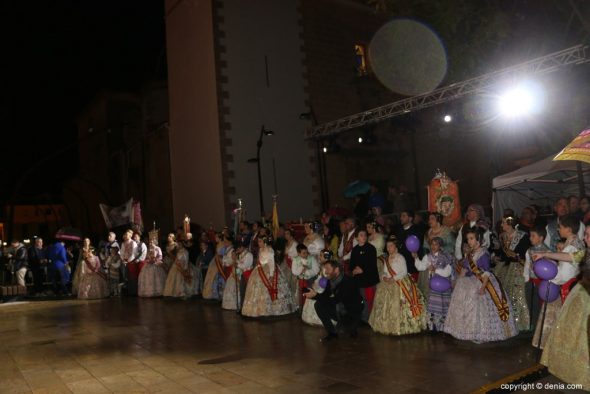 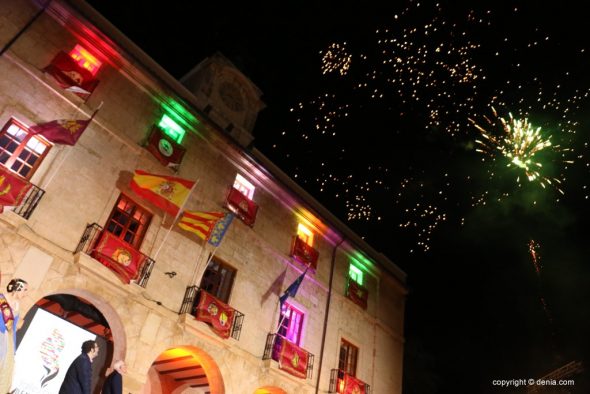 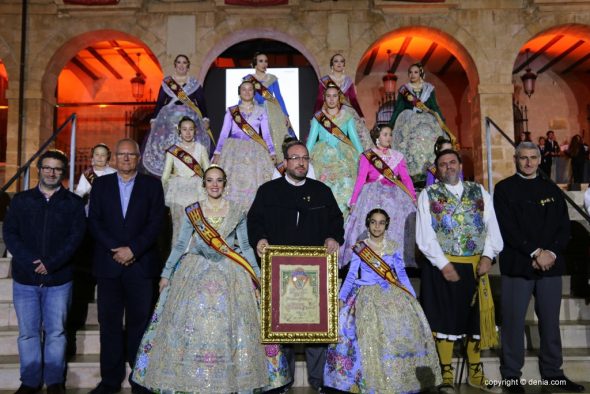 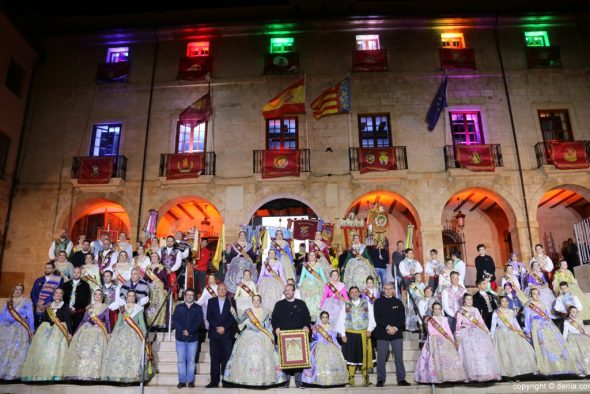 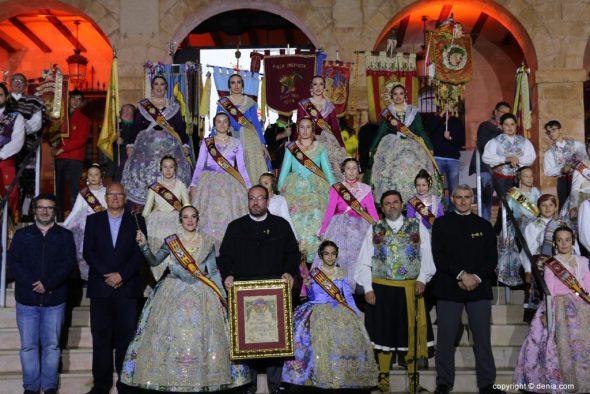 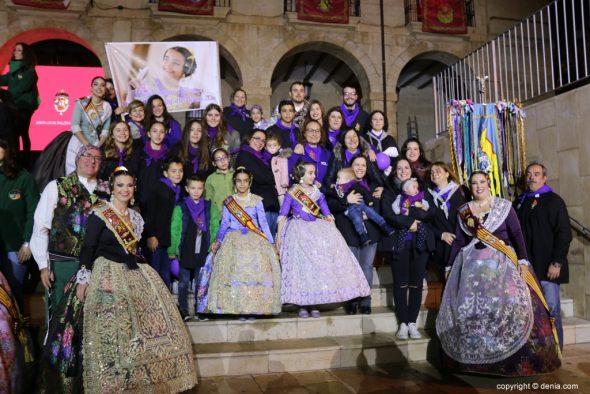 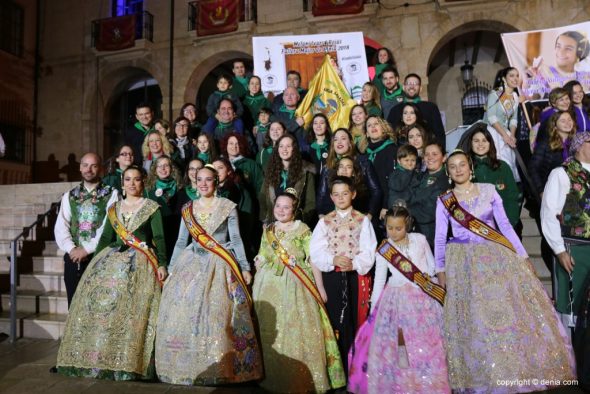 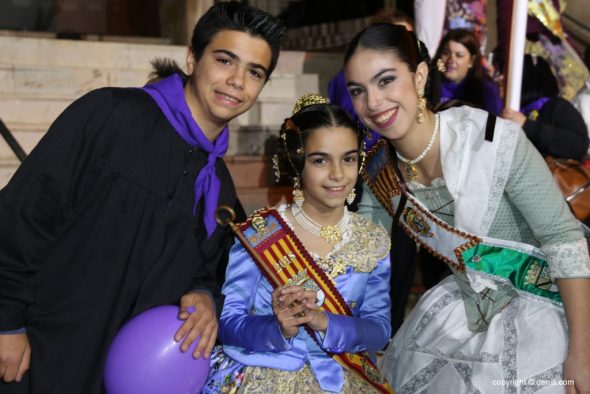