Mateo Castellá presided over the start of Denia Trail

Sports Director of Valencia, Mateo Castellá presided over the coming-out of Dénia It montgó Trail, test that will be held in Dénia on June 15. The presentation ceremony of the race took place at the Hotel Marriott La Sella. In addition to Mateo Castellá, Paco Durá, president of the Mountain Federation of the Valencian Community and Juan Carlos Signes, Mayor of Denia sports. 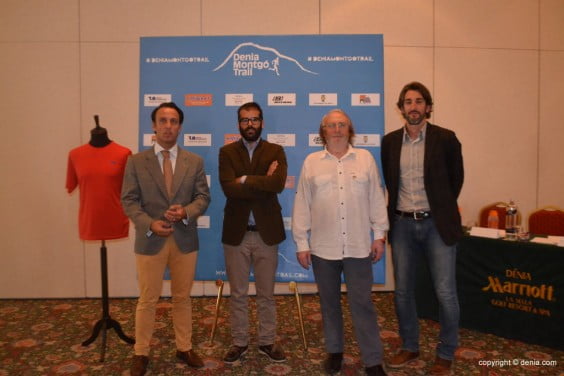 The presentation began with the screening of the official video of the race. Later one of the members of the organization, Pedro Zamora, was summarizing test data. It affected the level of participants with two trails of the world's best as they are Luis Alberto Hernando y Fernanda Maciel.

Zamora commented "the participants will have the experience of sharing a training with Hernando the day before the race at the Marriott Hotel facilities. That same day, in the afternoon they will also enjoy the Maciel conference on sports nutrition and nutrition."

Paco Durá said words of thanks • "thanks to the Environment for granting permits to carry out this type of tests. For this reason, we have a lot of boom in recent years. Dénia will be lucky to see two of the greats of this sport, a luxury to have them ".

The mayor of sports, Juan Carlos Signes remarked, "we were presented with this project so professional that we realized that in our city a test like this was missing. Hopefully with the effort of all the race will be consolidated for future editions. I think it is important to have these great figures in the first edition but also with the participation of many people from the region where there are also quality people ".

The person in charge of closing the event was Mateo Castellá, who was resounding, "when I saw the project, I didn't hesitate for a second to approve it. It's very professional and it's a great way to claim the sustainable use of sport. I know that the park natural will remain the same or better after the race, since the control exercised by the Mountain Federation itself is enormous and in all its tests respect in the environment is capitalized. " 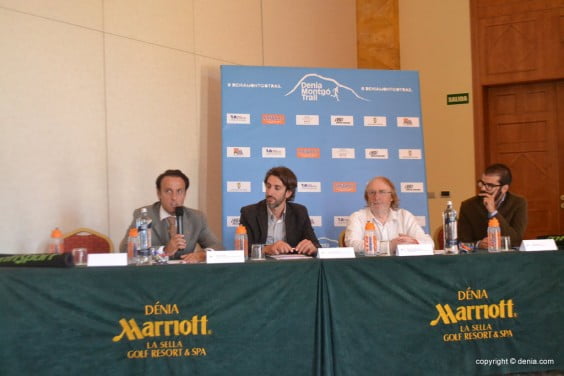 Registration will remain open until you reach the quota of the 300 and 15 time in the absence of days for the test from the organization to a number of 150 is targeted although they are optimistic of reaching the top figure.