Ibizan, Manel Guasch again won the Ruta de La Sal in this version, with a time of 24 hours, 48 26 minutes and seconds. This was the time spent with his Fortuna 9 "Aivis" Club Nautico de Ibiza in touring the 117 miles from Denia to Cab Negret in Sant Antoni de Portmany you have proclaimed absolute winner of this version of La Sal 2015. 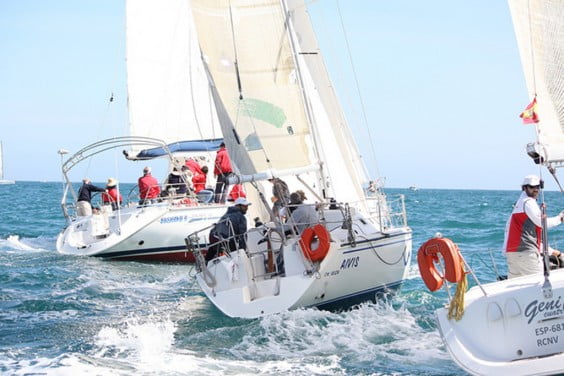 An important victory that adds to the top positions already achieved by "Aivis" on Sal This version of the 2009 and 2012 the Northern version, coinciding with the anniversary of the race 25.

Second place, this time for the J92 "Café del Mar" by Juan Carlos Sánchis the Nautical Club of Sant Antoni de Portmany who, after their absolute in editions of 2013 and 2014 victories was drawn as one of the strongest candidates to win this East version of La Sal 2015.

Third place in this absolute general for the winner in Real Time of the start; the Grand Soleil 37 "Zas Sailing" by José Luis Francés Real Club Nautico de Valencia who, with a record of 22 hours, 46 47 minutes and seconds, the boat was less time slow to cover the route from Denia.

The awards ceremony of the XXVIII edition of the Ruta de la Sal - Trophy Pepe Ferrés, was presided over by Vicens Serra, President of the Consell d'Eivissa. This was followed by the Welcome Dinner Buffet with the After Party of salt.

Eastern version, Denia to Sant Antoni, he sailed 95 sailboats manned by a 680 athletes entered, together fleets from at least 28 yacht clubs and marinas, specific entries in equipment based on the Cantabrian coast, Atlantic, Andaluzas and Levantine and inland waters. Also a great entry list from the Balearic Islands with more than 14 sailboats.