Cristina Morera and Óscar Mengual, numbers 3 and 4 of the socialist candidacy, have valued the announcement about the unlocking of the previous concert of the General Plan. For socialists, "Kringe has failed to fulfill its promise made last year in which he stated that the General Plan would be approved in July this year, which is not going to happen."

Cristina Morera said that “The socialists from the 23 of May, when we return to govern, we will take advantage of those points of the previous concert that are correct but the rest we will agree with the rest of the political force, socio-economic sectors and the citizens, something that the Kringe misgovernment. ” 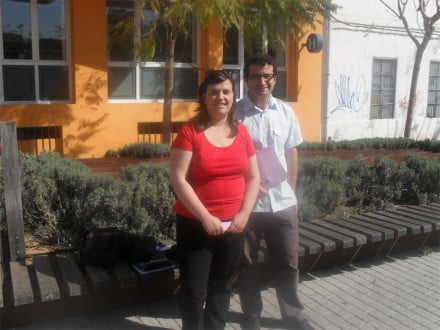 On the other hand, referring to statements by Ana Kringe and Miguel Llobell in terms of reducing groups in IES number 3, the Socialist councilor in charge of social welfare and education, Vicenta BixquertHas stated that "It is unacceptable and immoral now complains and solidarity with the educational community when it has not done their job: Require the Government to fulfill its commitments to Dénia", And added that "Kringe had the opportunity last week to demand that meets Camps Dénia but was devoted to piropearle".