It could not be, and Dianense, Sergi Pérez and his doubles partner, Enrique Payá, were left without end by falling into the semifinal match against double formed by the Russian players, Ivan and Mikhail Korovin Gakhov. The audience that filled the stands of Dénia Tennis Club the maximum supported his player but nerves played a trick. 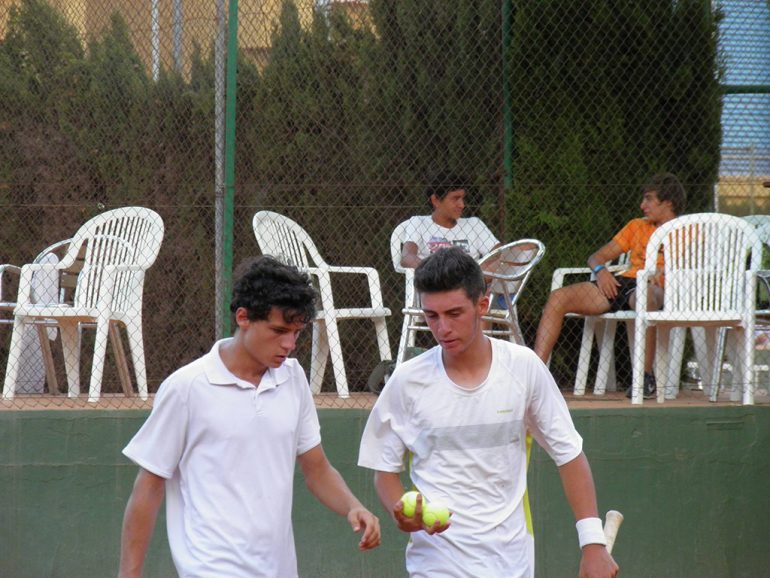 The Spaniards jumped to the track with a lot of nerves and committed unforced errors that were exploited by his opponents to slowly whet the scoring gap. The first set fell on the Russian side by 6-1.

In the second set, the game was much improved domestic players gradually dropped their arms and stronger in his game were. Opposite the Russian pair continued to maintain his level of tennis and ended up winning by 6-4.

Saturday from 17 hours the individual semifinals of "XXXVII Trofeo Ciudad de Dénia, Orysol Circuit" will be played. On center court match between Alicante, Albert Alcaraz and Argentina, Mateo Nicolás Martínez played. From 17: 30 the other semifinal between Spanish, Oriol Roca and Miguel Semmler will be played.

The doubles final will be played when you finish the clash between Albert Alcaraz and Mateo Nicolas Martinez, a confrontation in which couples faces formed by Eduardo Russi and Mario Vilella against Ivan Gakhov and Mikhail Korovin will be.

The final will be played on Center Court on Sunday starting at 18: 30 hours.