A dianense's odyssey to return home from Italy

Last Tuesday, March 24, the Spanish Government organized a repatriation trip for the Spaniards who remained in Italy, including Alberto Blanquer, a 32-year-old Dianense displaced there for work reasons. The ferry left from Civitavecchia bound for Barcelona, ​​and in Alberto's opinion, "the ship was a place of great danger of contagion, because the security measures were not respected". 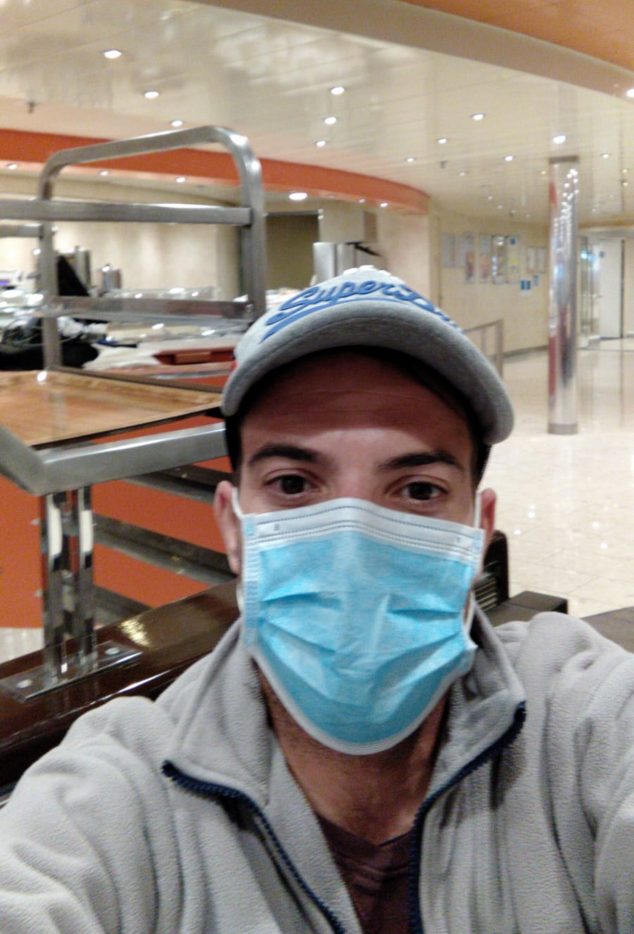 In this video, recorded during navigation, many people give their opinion on the treatment received from the authorities that should help them manage their return home.

Alberto, a professional yacht painter, has been part of this trip. He was in Italy hired on time to paint a boat, when a positive case of coronavirus arose in the dock where he had to work. For this reason, everything was paralyzed. He was in Viareggio, next to Pisa, and had to take a four-hour train to Rome and from there to Civitavecchia.

"Many people did not have money to go home"

He does not complain, because he has been luckier than many of his travel companions, since the costs of his repatriation have been assumed by the company that hired him, but "many people did not have money to return", he tells us. Alberto contacted the Spanish embassy and the consulate, and they did not solve anything. "The attention for the repatriation has been quite bad, they were saturated", Explain. In fact, they did not inform him that there was a boat available that was being prepared entirely for Spaniards: "I found out because I called to insist on my situation".

According to Alberto, in the port of Civitavecchia they were not prepared to give them the attention they needed: they spent many hours in the open air being very cold, and the temperature measurements they took were doubtful, because they showed temperatures below normal in a person .

To board the ferry to Spain, he had to sign a responsibility statement stating that:

However, after this detailed statement, there was no control on the ship to keep the safety distance.

"When we landed in Barcelona they didn't do any kind of test, and you had to find your life to get to your city"Alberto explains. Already in Dénia, he has implemented all the necessary measures: he has communicated his situation on the phone enabled for it, explaining that he has just arrived from a country of risk, and is following all the recommendations.

Diego Mena: “We will open in June with great uncertainty, but I am convinced that in Dénia we will work well because we have many national and second-home visitors”
May 26 2020

The new Phase 1: What relief measures are taking effect this week?
May 25 2020
1 Comment