The Animal Welfare Table one step away from its constitution

The City Council of Dénia has called this week a telematic meeting prior to the constitution of the Animal Welfare Board of the city of Dénia, in which the draft of the statutes of this municipal body was released to the attendees before taking them for approval to the plenary session of the City Council. 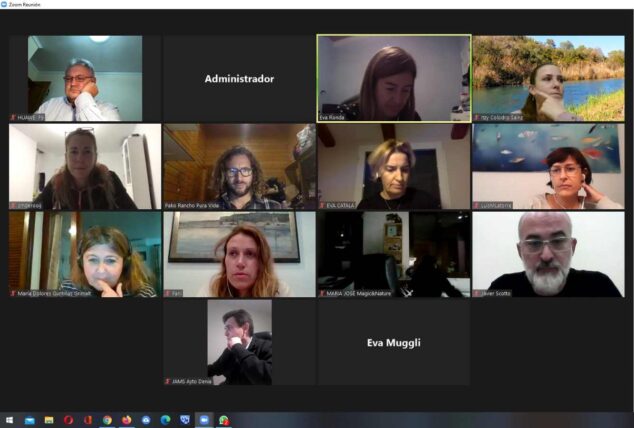 Meeting prior to the constitution of the Animal Welfare Table

"The purpose of the meeting was to start working on the statutes with the members of the table and open the document to the presentation of contributions and suggestions by the representatives of the entities that comprise it", as explained by the delegate councilor of the Animal Welfare Table, Eva Round.
In addition, the objectives of this body were shared with the agents, such as studying and collecting proposals aimed at improving the living conditions of animals, and safeguarding their rights, as well as agreeing on awareness campaigns and actions on responsible animal ownership.

Representatives of the political groups of the Municipal Corporation were summoned to the meeting; the Councilor for Citizen Protection, Javier Scotto; technical staff of the Councils for Ecological Transition, Citizen Participation and Citizen Protection; and members of the Alicante College of Veterinarians, Proanimal; Aldea Felina, APAD, APAC, Denia Animal Save, the Federation of Neighborhood Associations of Dénia, Magic & Nature, Rancho Pura Vida; and Events Argudo.