The Civil Guard helps an octogenarian, a neighbor of Moraira, whose home was on fire. The rapid action of the agents prevented personal injury and material damage was greater. 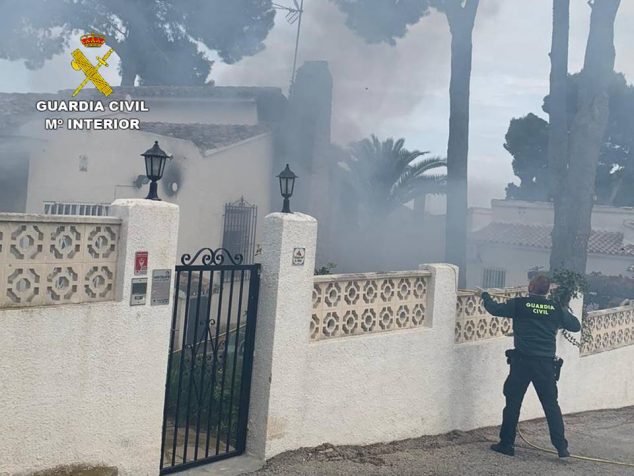 Last Friday, April 10, the Moraira Civil Guard received notice of a possible fire in a ground floor house in that town. The agents moved to the home in a few minutes since, fortunately, they were about 300 meters from the site.

Upon reaching the house, they observed a column of black smoke, about 30 meters high and heard the screams for help from the residents of the houses adjacent to the affected one. 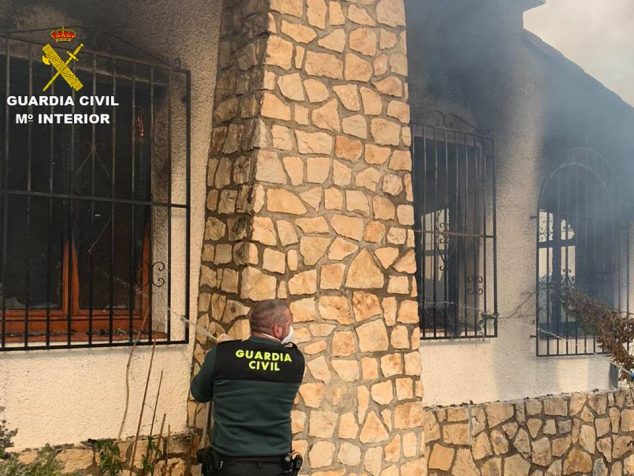 Without hesitation for a second, the agents searched for possible hoses and water points, where they could be connected. After locating two hoses, each agent took one and put them through the windows of the room, trying to control the flames, while the fire crews on the way arrived.

The sole inhabitant of the house, an octogenarian, told the agents that she was very concerned about her vehicle, which was parked inside her garage in case, when the flames reached her, it caused more considerable damage, such as a possible explosion. 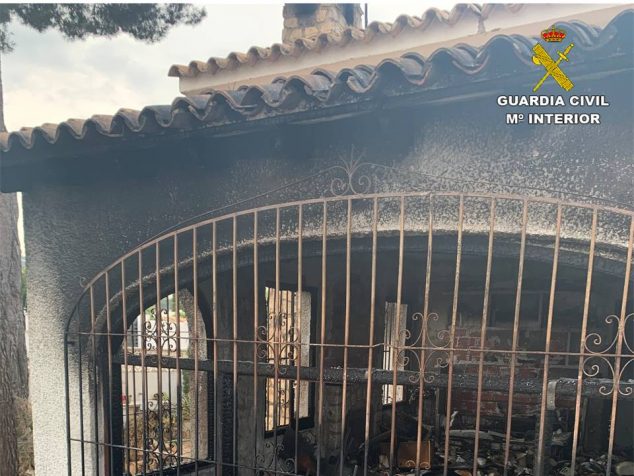 A house engulfed in flames

The two civil guards even had to choose to relieve themselves, in the area where they were using the two hoses, in order to catch air, since they only wore a surgical mask, insufficient to be able to withstand the gases emanating from inside the living place.
Finally, there was no regret over damage to the adjoining houses, nor any personal damage.