The Dianense Andrea Fernández, Champion of Spain of University Triathlon with the University of Alicante

The Dianense triathlete Andrea Fernández, was proclaimed champion of Spain University Triathlon with his team at the University of Alicante. 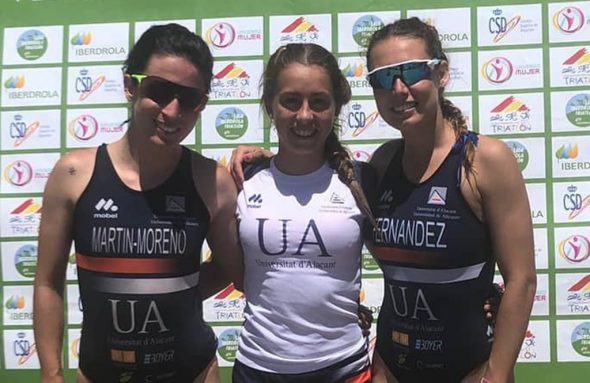 The test, very busy and with a high level of participants, was held last Saturday at the beach in Cullera. The competition consisted of two starts, one male and one female, the teams added the two best total times of their male and female components and the sum of the four times was the team's total time for the final classification.

In the men's race held first, Lasse Lührs, a member of the University of Alicante team and silver in the Madrid 2019 World Cup, came in first place followed by his teammate, Javier Romo, to 48. " The third position was for David Castro of the Murcia Catholic University (UCAM). 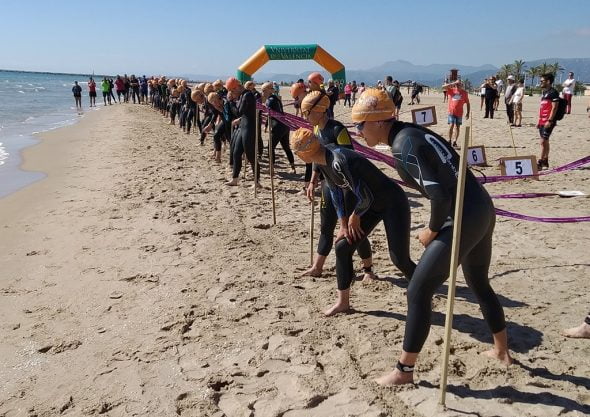 On the other hand, in females, the victory went to Iria Rodríguez, from the UCAM of Murcia, followed by 1'08 "by Noelia Juan from the Polytechnic of Valencia. For her part, Andrea Fernández, who did a great test, entered sixth position very close to her university classmate, Yaiza Saiz, who made the fifth place and whose times together with her classmates gave a wide victory of almost 4 minutes of difference to the team of the University of Alicante on the UCAM of Murcia.

Andrea will participate this Saturday in the Triathlon of Fuente Álamo (Murcia), a prestigious event with a large cast of participants leaving at the beach of Puerto de Mazarrón, taking their bikes there to travel 25 km through a mountain pass to Fuente Alamo , where the last 5 km of running race are made.

Andrea with her teammates 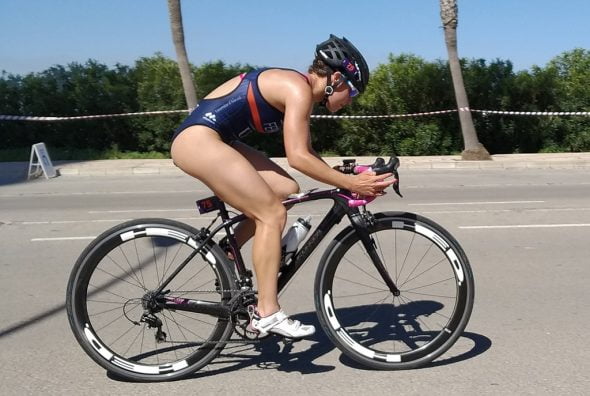 Andrea Fernández on the bicycle 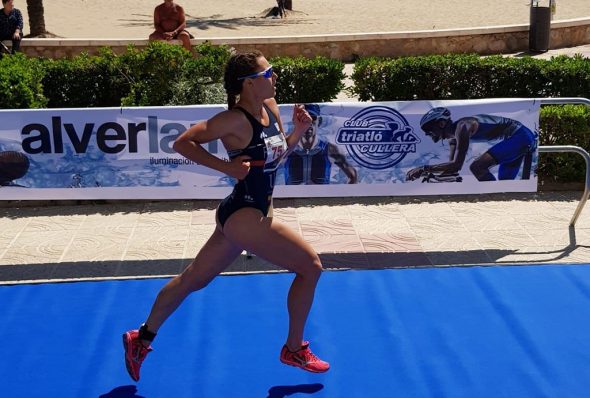 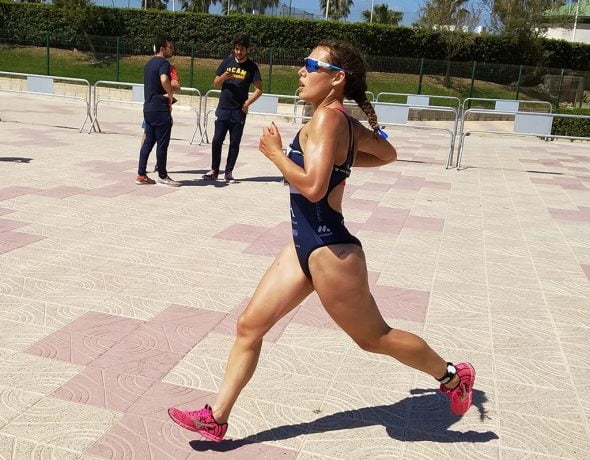 Andrea Fernández in the career segment 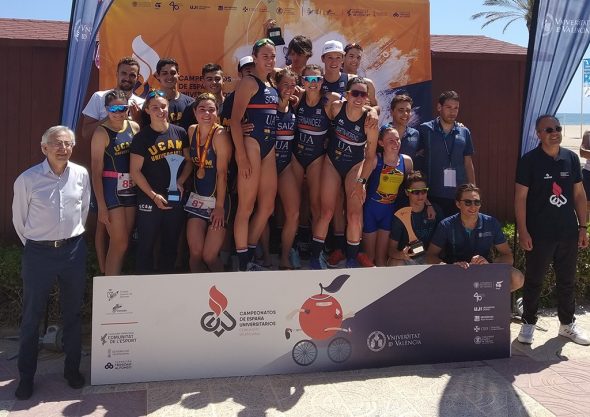 Andrea Fernández on the podium