El Grao de Castellón lived all the excitement of "X Championship of Spain Sea Kayak and Young Promises", with the dispute of a competition in which more than 500 paddlers participated grouped around 50 clubs. On the first day of the competition 244 athletes participated in the facilities of the Royal Yacht Club of Castellón, who fought for the title of national champion

Weather conditions they faced the participants were quite hard, because the sun was very hot and there was a groundswell leaving the port, which even resulted in some paddlers down another. 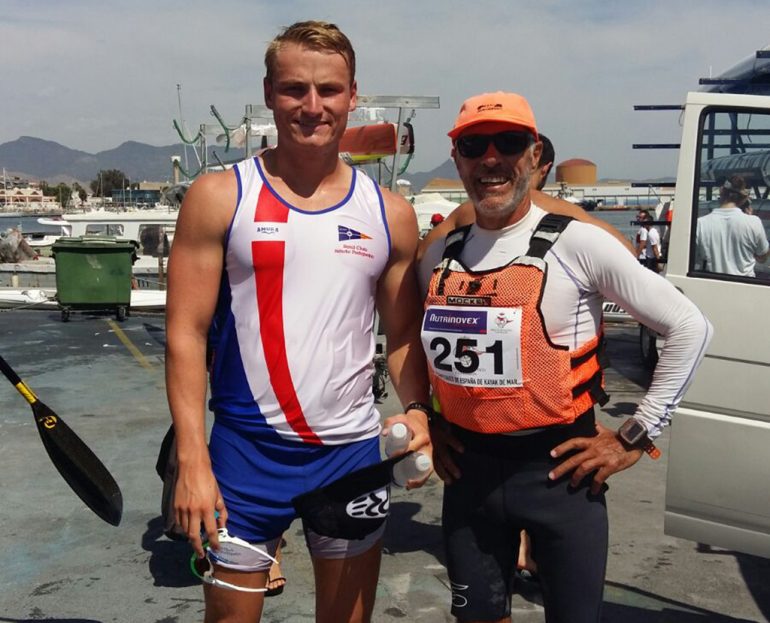 Veteran paddler Juan Carlos Perez of Real Club Nautico Denia He won the title of champion of Spain in the discipline of Traditional K1 Veterans 55 to 69 years. Perez, who a fortnight earlier won the regional title showed the good form that crossed. The fact of having competed in the same race course in the regional was instrumental in controlling the currents and wave during the 15 kilometers of the route.

Another prominent paddlers in this event was Paulino Llobell which was national runner-up in Traditional K1 Veterans. Llobell fought for the title that ultimately went into the hands of Cartagena, Ricardo Noval. In the cadet category K2 Ramón García and the Dianense nautical Manolov Dimitrov finished in position 12º. In the classification by clubs, the Real Club Nautico Denia 21 was ranked overall, while the Club finished in Dénia Canoeing since 30.

In the championship of Spain of young hopefuls, child, Luis Peñas, the Real Club Nautico Denia finalized in position 23 in the K1 Sprinter. While at the U 23, Borja Carrió was seventh in the final B and Marc Soler in this same end occupied the tenth place, both are paddlers Canoe Club Dénia.