Jordi Seguí, of the Multiesport-UCMontgó cycling team, was second in Ollería

Good performance of the Multiesport-UCM cycling team this weekend in the Duckling Cross of Ollería, Copa del Mar Menor in Los Alcázares and the Cyclocross by Alginet. 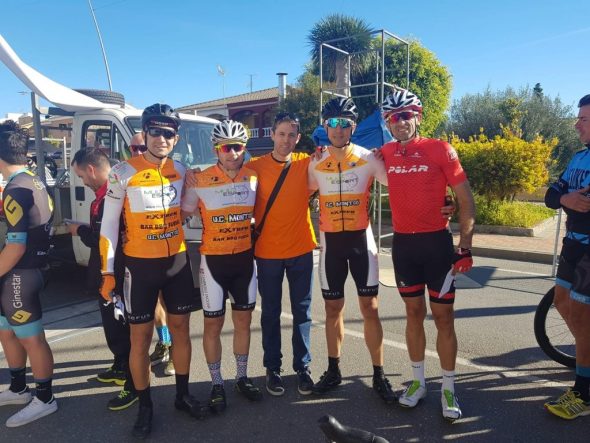 The young cadet Jordi Gil managed to be second in the test held in Ollería. The Dianense was by the hair the victory in a disputed test.

In the Alcázares, the third scoring contest of the III Copa del Mar Menor, where the runners Xexo, Pedrosa and Roselló saved the test that touched the average 45km / h while, that Juanjo Penadés suffered a shock in the race without major consequences that did not allow him to link again with the group.

In Alginet a technical and fun circuit was held that awaited the participants with good results for them. Finally, silver sprint for Jordi Seguí and chocolate medal for Alejandro Seguí were the most outstanding results. In this same test, Javier Almela was ninth in the Elite category and Jaume Canet entered the position 29º of category M40.