In the 1999 year some women from Dénia made history by forming the first filà of the Moorish women's camp: the Filà Alkamar. The girls of the half moon stand out for their maroon djellaba with silver embroidered moons. Altogether this group 33 women of all ages.

The name chosen by this group was 'the moon' in Arabic, Al-kamar, a moon very present in their clothing and in their banner and that has marked them to the point of creating their own blackberry march, Daughters of the MoonAn adaptation of the classic Mecano created by the musician Dianense Javier Pinto.

In the 2015 year, FILA Alkamar holds the third captaincy of its history. Mabel Buigues will be the captain and will be accompanied by his nephew, Vicent Buigues, as standard bearer. 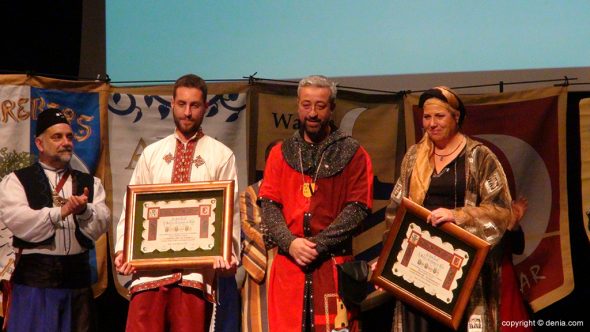 In the 2003 year they flaunted his first captaincy, with Marco Chelo as captain and Pedro Costa, his son, as a champion. Les took over in 2008, the captain Lita Perez and Jaime Vengut champion. 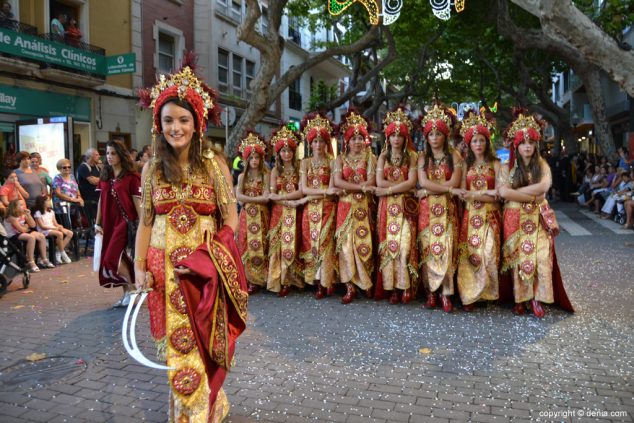 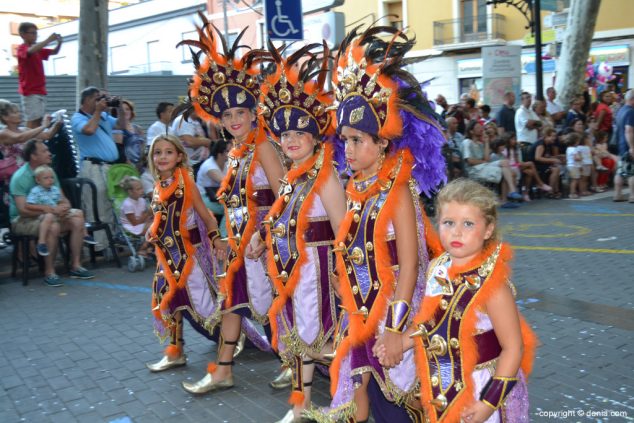 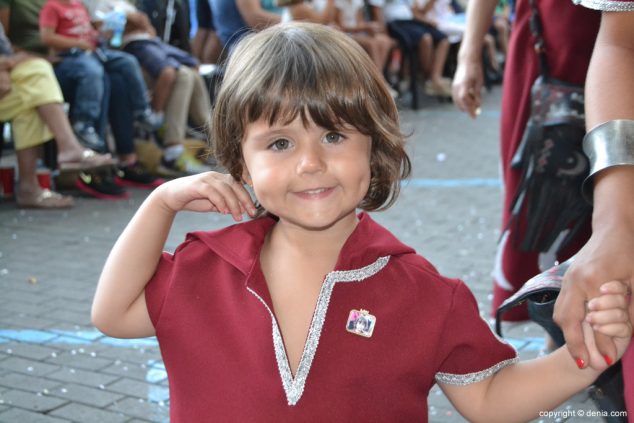 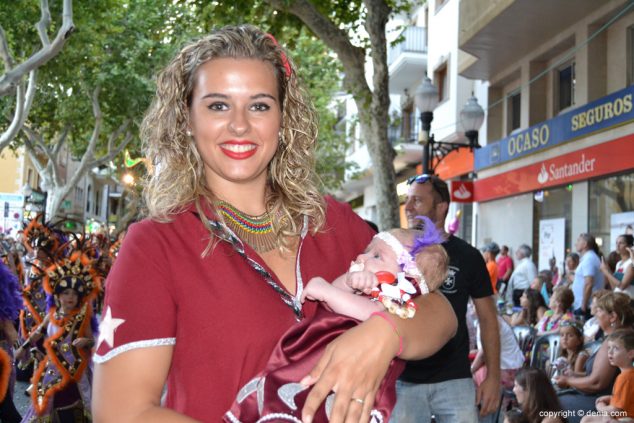 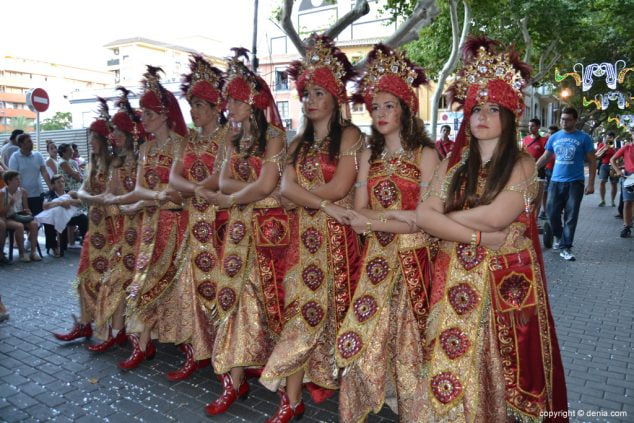