The moment in which Fiamma Benítez, the young Dianense player who plays in the ranks of the UD Levante, has crossed, has caused her to be summoned again to defend the colors of the Spanish National Team. Just a few weeks ago he was playing a Tournament in English lands being one of the highlights of the U16 Team, now they have called it to work with the U17 Team. 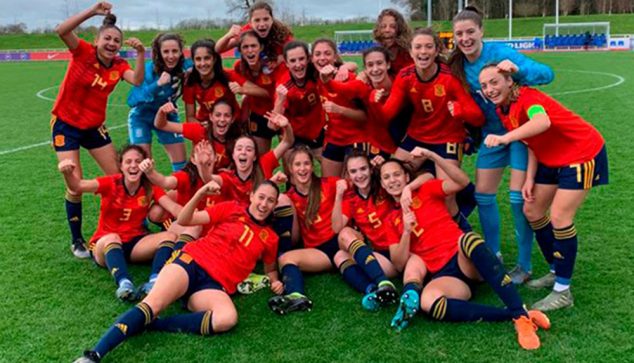 The coach, Montse Tomé, has given the list of players that next Wednesday, March 11, will play a friendly match against Villarreal CF, at 12 noon. This meeting is included in the work plan to be carried out by the national team in the Pinatar Arena concentration.

The circumstance is that Fiamma Benítez is the only representative of Levante UD in this selection. The dianense will be accompanied in this call with players from FC Barcelona clubs, which is the most represented, At. Madrid, CD Heel, El Palmar CF, Salamanca UDS, Villarreal CF, At. Bilbao, Madrid CFF, Real Sociedad, Racing Féminas, Malága CF and Real Betis.