The Dianense theater group the Desficaci triumphed last weekend with the work The Cheerful Clòtxina, represented at the Llebeig school and organized by the Les Roques fails.

The audience could enjoy this parody of a marriage and the anecdotes that surround them, which caused laughter and applause in equal parts.

The Les Roques fault completed the day by drawing a lunch for two people among the public that had an entrance, and then moved to the house to share an appetizer with the actors. 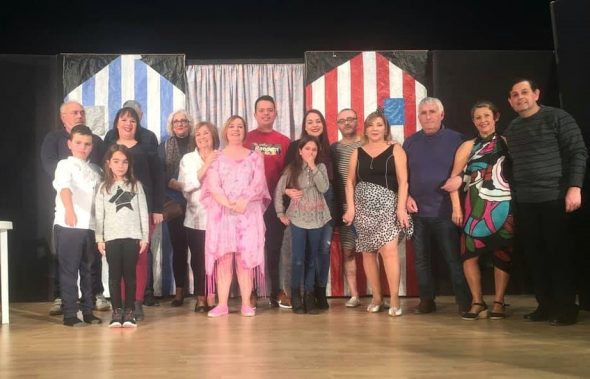 The floats star in 'Idees de Colors', the llibret 2019 of the Les Roques fault
27 of February 2019
Leave your comments