The confinement decreed two days before the start of the fallera festival prevented it from being held in all Valencian municipalities as planned. However, everything was ready to raise the monuments after the hard work of the previous months, much of it recognized in the first award ceremony prior to the Fallas that took place a week earlier during the Sopar del Germanor. 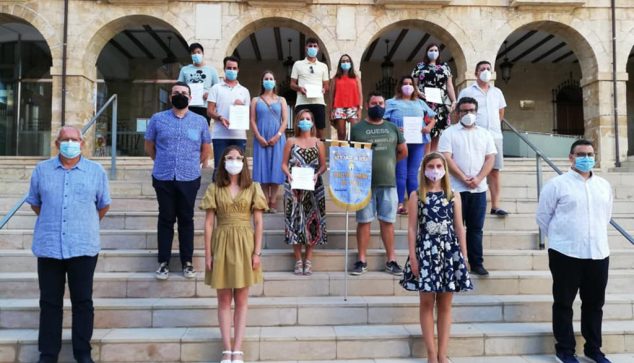 Now, 4 months after Sant Josep, the Local Board Fallera and the City Council of Dénia have wanted to deliver the award for the best Llibret of 2020 among the participating commissions. These have been the Baix la Mar Maritime Fault, Falla Center, Falla Saladar, Paris Falla Pedrera, Falla Les Roques y Falla West. 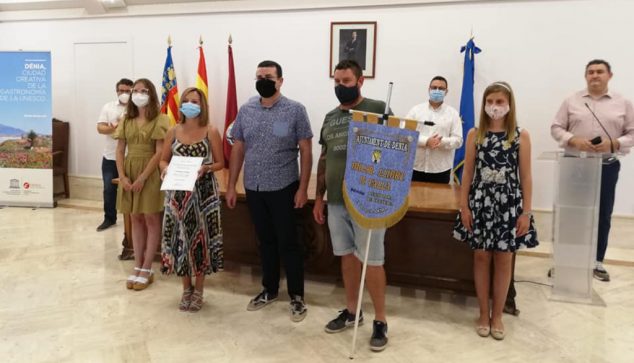 Delivery of the best Llibret 2020 pennant to the Falla Saladar

In an event held in the plenary hall of the Dianense consistory and closed to the public due to the health crisis, where security measures were strictly adhered to, the llibret finally won. Velles, noves ... fail !! of the Saladar fault.